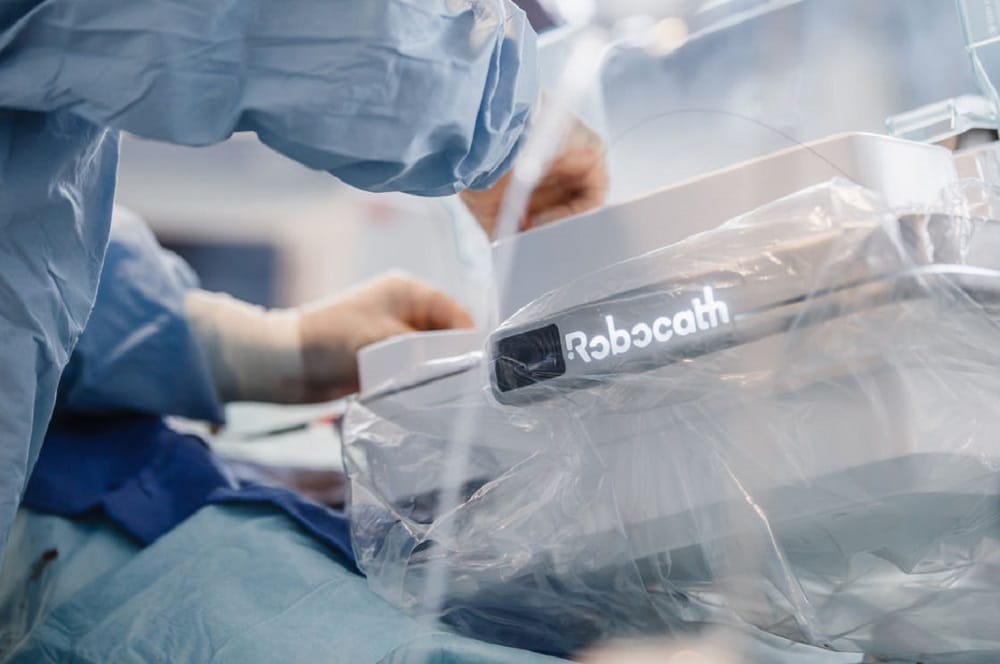 A cardiologist in Germany has carried out the first percutaneous coronary interventions (PCIs or angioplasties with stents), using Robocath’s R-One robotic-assisted platform.

Prof. Michael Haude, Director of Medical Clinic I at Rheinland Klinikum Neuss Lukaskrankenhaus, carried out the procedures on patients with acute coronary syndrome by controlling the robotic system with joysticks. He explained:

“I was able to treat coronary stenosis [a narrowing of the arteries] by doing a dilatation with a balloon and stent implantation. The system offered precision as it allowed me to steer the wires and catheters in a much more precise way.”

“In the near future, we will be able to manipulate the joysticks from outside the room, which removes me as the operator away from x-ray exposure. This is important because we know that there is an increased likelihood for interventional cardiologists to develop brain tumors because our heads are close to the x-ray source. It also means that we will no longer have to protect ourselves by wearing x-ray protection coats, which are heavy and can affect our backs.”

Lucien Goffart, CEO of France-based Robocath, which designs and commercializes robotic solutions to treat cardiovascular diseases, said the system is the result of five years of development. He said:

“Robocath was born when Philippe Bencteux, MD and founder of the company, heard about Operation Lindberg, one of the very first remote robot-assisted surgeries, performed by surgeons in the United States on a patient in France. He realized how important this new technology would be in the vascular system. At the time, he was working as a neuro-radiologist and came to the conclusion that being able to act quickly in the event of a vascular accident could change everything.”

Vascular diseases are a leading cause of death worldwide and the number of procedures (angioplasties) to treat the condition is growing each year. Goffart said:

“Our task was to develop a technological solution capable of replicating and enhance these operations using robotics and contributing to developing better endovascular procedures.” 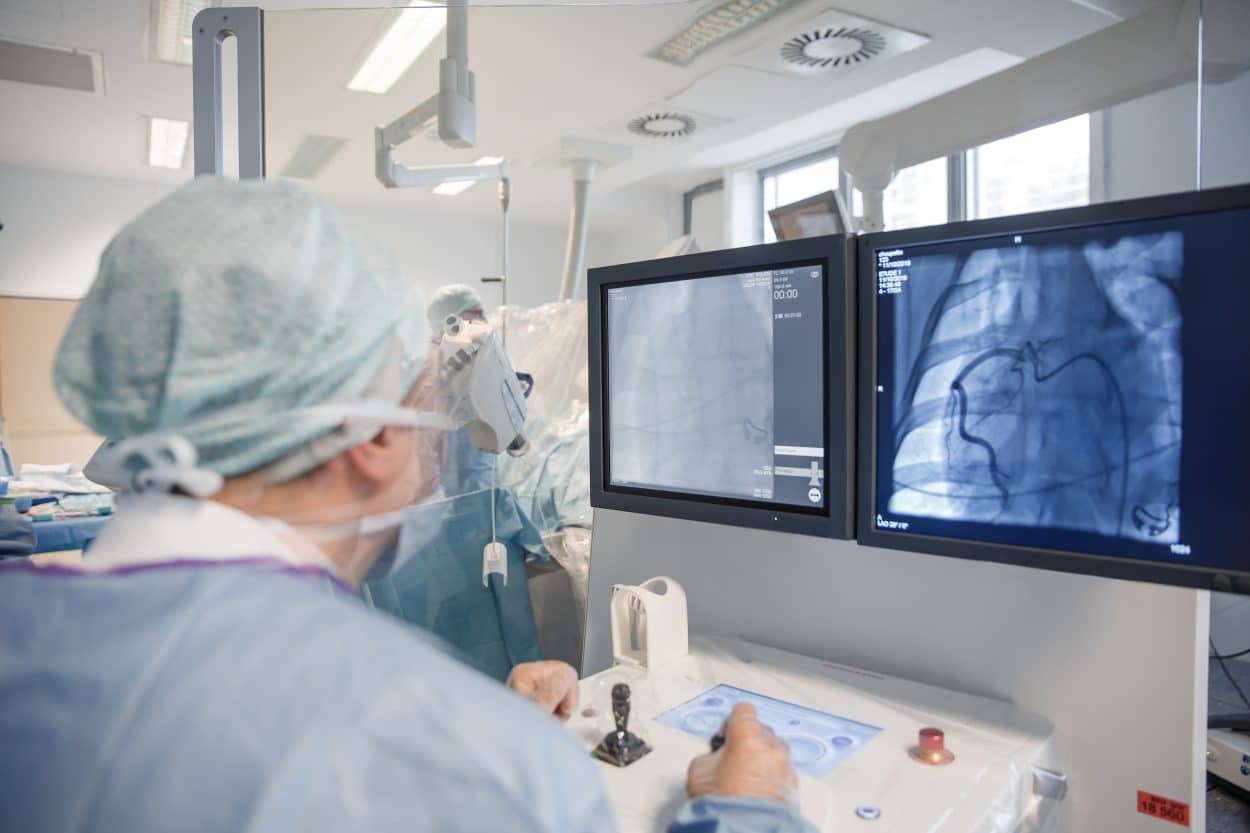 R-One comprises a radio-protected control station that includes the command unit and the lead shield, as well as the robot. Goffart explained:

“The cardiologist can use the control console to move the robot remotely, enabling the guidewire and the catheter to be manipulated with precision, making navigating the instruments within the vascular system safer and more precise.”

Prof. Michael Haude said his hope is that with the increased precision, procedures can become even safer and more effective in the future. He continued:

“The vision we have is to make a very individual procedure much more standardized so that every time we do it, it will be absolutely the same. And we hope that with the development of these technologies we will also be able to reduce X-ray exposure for the patient. I would think that within the next five years we are going to see an uptake of this robotic technology. Within that time, it will not replace the physician, but it will certainly make our lives much easier.” 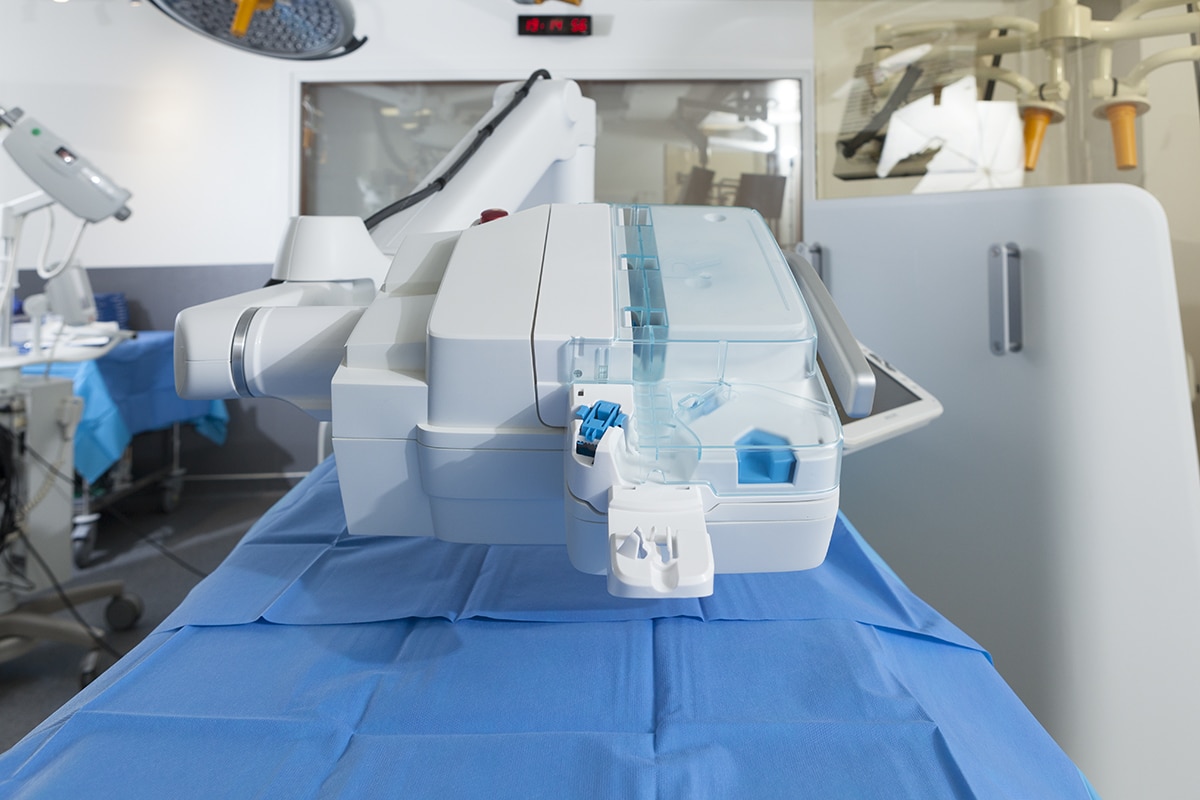