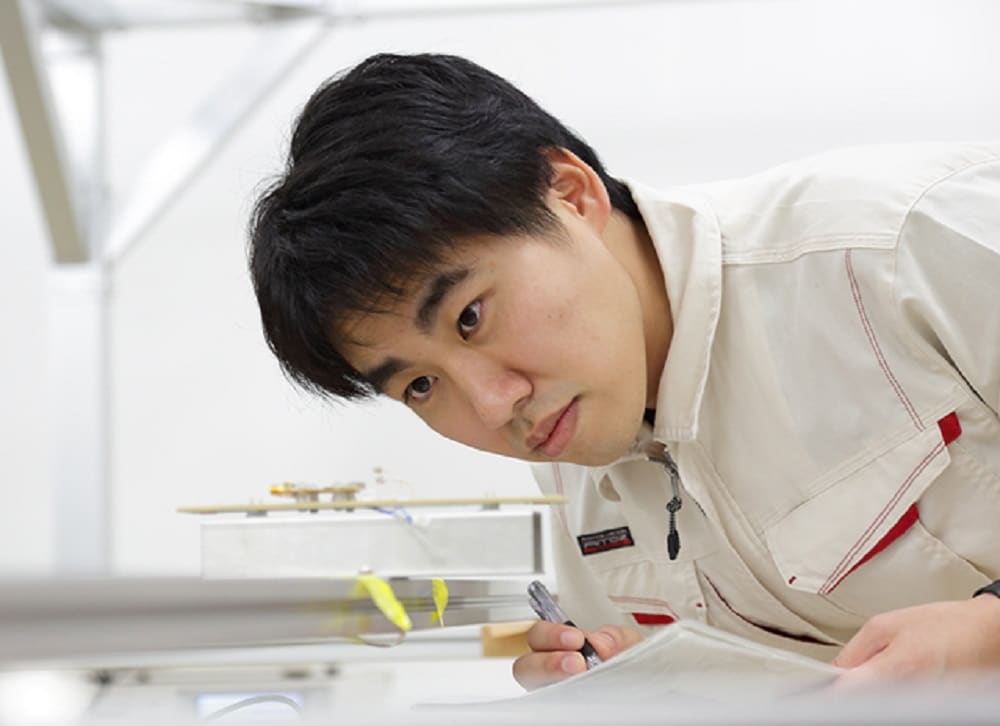 Developed by the Japanese company Fujidenolo, the MAGGUARD is a ferromagnetic material detector equipped with a high-sensitivity magneto-impedance (MI) sensor. It provides protection from impact accidents for patients, hospital staff and MRI scanners by detecting even the smallest changes in magnetic fields.

The presence of ferromagnetic material in the vicinity of magnetic resonance imaging (MRI) scanners is extremely dangerous. During an active MRI scan, any nearby objects of these types of metal can be propelled towards the scanner at great speed, potentially causing serious or even fatal injuries to patients and medical staff, as well as severe damage to the scanner itself.

MRI scanners produce powerful magnetic fields even when they are not being used. This is why the process of screening patients and hospital staff for ferromagnetic materials before they enter the examination room is so important.

More than 10,000 accidents occur in MRI rooms across the world each year. Strong advocates of the installation of ferromagnetic detectors include the American College of Radiology, The Joint Commission and the US Department of Veterans Affairs.

Fujidenolo’s Technology Development Division worked with universities in the research and development of biomagnetic measurement. After two years of development, the MAGGUARD was brought to the market. It provides protection from impact accidents for patients, hospital staff and MRI scanners by detecting even the smallest changes in magnetic fields.

The system goes right down to pico-Tesla level, something difficult to achieve with other existing technologies. It can detect ferromagnetic material within a two-meter radius and has an adjustable audio alarm. It is also easy to install and has an ergonomically functional yet aesthetically pleasing design.

Unlike methods which employ an electrode contacting the body surface, the MI sensor was developed to detect minor electrical fields produced by the current that radiates from the body’s functional electrical activity. This ultra high-sensitivity magnetic sensor makes use of the amorphous wire magneto-impedance theory, and is also used in the electronic compasses of smartphones.

How does an MRI scanner work?

When a patient lies under the powerful magnets of an MRI scanner, the protons in their body, which are normally randomly oriented, line up in the same direction due to the constant action of the magnetic field. It is the same thing when a compass’ needle is pulled by a magnet. That happens because, as a result of atoms’ nuclear spin and charge distribution, protons and neutrons have a magnetic field called a magnetic dipole.

Then, a second oscillating lower-intensity magnetic field knocks the protons out of this alignment, causing them to emit electromagnetic waves detectable by external antennas. In parallel, with this second magnetic field, short bursts of radio waves are sent to the areas of the body which are being examined. When these radio waves are turned off, the protons realign in the same way they did after they were first affected by the scanner’s magnets.

Resonant frequency is directly linked to both the type of atom in question and the strength of the constant magnetic field applied externally. The waves emitted by our atoms as they move end up providing information about the exact location of the protons. They also help distinguish between the various types of tissue in the body, as different protons realign at different speeds and produce distinct signals while doing it.

To sum it up, in the same way that millions of pixels on a computer screen can create complex pictures, an MRI scanner uses a magnetic field and computer-generated radio waves to obtain data. Once combined by computers, this data can be transformed into detailed images of a body.

The human body is made up almost entirely of water and fat—a tissue which has a lot of hydrogen, the element most easily measured through MRI scanning. If you want to determine the position, quantity or concentration of other types of atoms (like the calcium in one’s bones for example), all that you need to do is set the frequency of the oscillating magnetic field to a value equal to the resonant frequency of the desired atom.

Fujidenolo provides equipment for a wide range of disciplines. They range from manufacturing functional parts for semiconductor, the aerospace industry and electronic devices and working with designers and creatives to offering technical solutions for various commercial facilities. The company ventured into the healthcare field in 2008 by producing bolus material used in particle beam therapy for cancer treatment.

Made of polyethylene, bolus is a material which has properties equivalent to tissue when irradiated. It is widely used to reduce or alter dosing for targeted radiation therapy. Hiroyuki Koizumi, who carries responsibility for MAGGUARD sales and is the manager of Fujidenolo’s Healthcare Division, explained:

“By working with physicians, radiological technologists and medical physicists, we were able to hear for the first time about issues and demands in the medical field. We also learnt about ferromagnetic accidents with MRI scanners and voiced our opinion on how we believed that the Fujidenolo ferromagnetic material detection sensor could help with this.”

Koizumi also liaises with medical facilities across Japan to raise awareness of MRI ferromagnetic accidents and how to prevent them. Yoshitaka Taguchi, acting manager of Fujidenolo’s Technology Development Division, added:

“We are not interested in simply selling products. We want to lend a sincere ear to our customers in each country and region so we can work towards appropriate improvements. I believe that upgrades and customization are essential in this field where products are linked to human lives.”