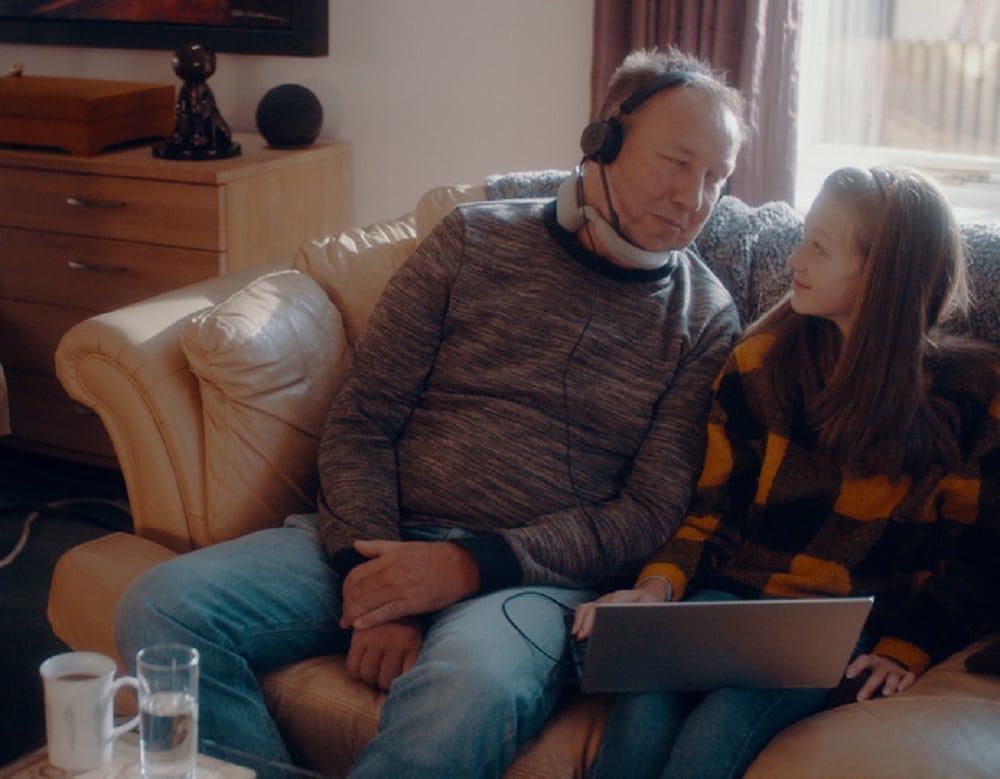 People who are losing the ability to talk due to motor neurone disease (MND) can now preserve their true voice with a new digital technology that retains accent and personality.

The voice banking technology uses a unique book about the experience of MND that is read aloud by the patient to capture all the words and phrases needed for an accurate and true-to-life banking process. Once the individual has finished reading the text, which takes about 25 minutes, the recording helps create a digital voice that can be used on any assistive speech device to communicate with others.

This technology is the result of a collaboration between Intel, Dell, Rolls Royce and The MND Association.  It has currently been made available to 750 patients in the UK free of charge with the aim of rolling it out globally. The book used for the voice-banking process has been created in partnership with the New York Times bestselling author, Jill Twiss, and the award-winning illustrator, Nicholas Stevenson. It has been designed to help patients talk to their family members about the disease and a future of living with MND.

Motor Neurone Disease is a rare, degenerative condition that affects the brain and nerves and eventually leads to an early death. As the disease progresses, MND can cause weakness in the tongue, lips, vocal cords and chest, which can result in speech becoming faint, slurred or unclear. Many people in the early stages bank their voice using online tools that record certain phrases that can then be used to create a digital voice assistant for later use.

“What makes this project so special is the ebook that people read. With traditional banking systems, you get the person to repeat a number of boring phrases, repeatedly and in a medical setting. But when reading the book, people are doing it with emotion and inflection, which means when the digital voice is replicating that person’s voice the emotion and character come through.”

The end result is a digital voice that retains the individual’s accent, inflection, emotion and personality. This year Diana Marsden, 55, a former teacher from Norfolk, England, became one of the first people to record her voice using the “I Will Always Be Me” book. After months of hospital appointments and tests, she received her first MND diagnosis in 2019. When she turned to the online community of people living with the disease, there was one piece of advice that Diana kept reading. It was clear she must “bank” her voice as soon as possible before the condition took hold further and she risked losing it. However, she found the options available awkward to do at home and, after multiple sessions spent recording hundreds of abstract sentences, she was left disappointed.

“It just really wasn’t my voice,” she said.

She was then invited to take part in the new project that hopes to transform how people living with MND bank their voices. She explained:

“It was such an enjoyable process. I sat with my husband on the settee and just read through it with his help on certain lines. There might be a moment when I’d read something and burst into tears, because the book at the moment was my story. It is a retelling of the journey through MND. It was lovely to be able to redo certain pages. (…) I now have the recording of the book and I can give it to friends and family, so they understand my story.”

MND, which affects two out of every 100,000 people worldwide, is the name given to a group of diseases in which the motor neurons that control muscles progressively die. Motor neurons are cells in the brain and spinal cord that allow us to move, speak, swallow and breathe by sending commands from the brain to the muscles that carry out these functions. An unprecedented level of awareness of the disease was raised in 2014 when the “ice bucket challenge” went viral across the globe.