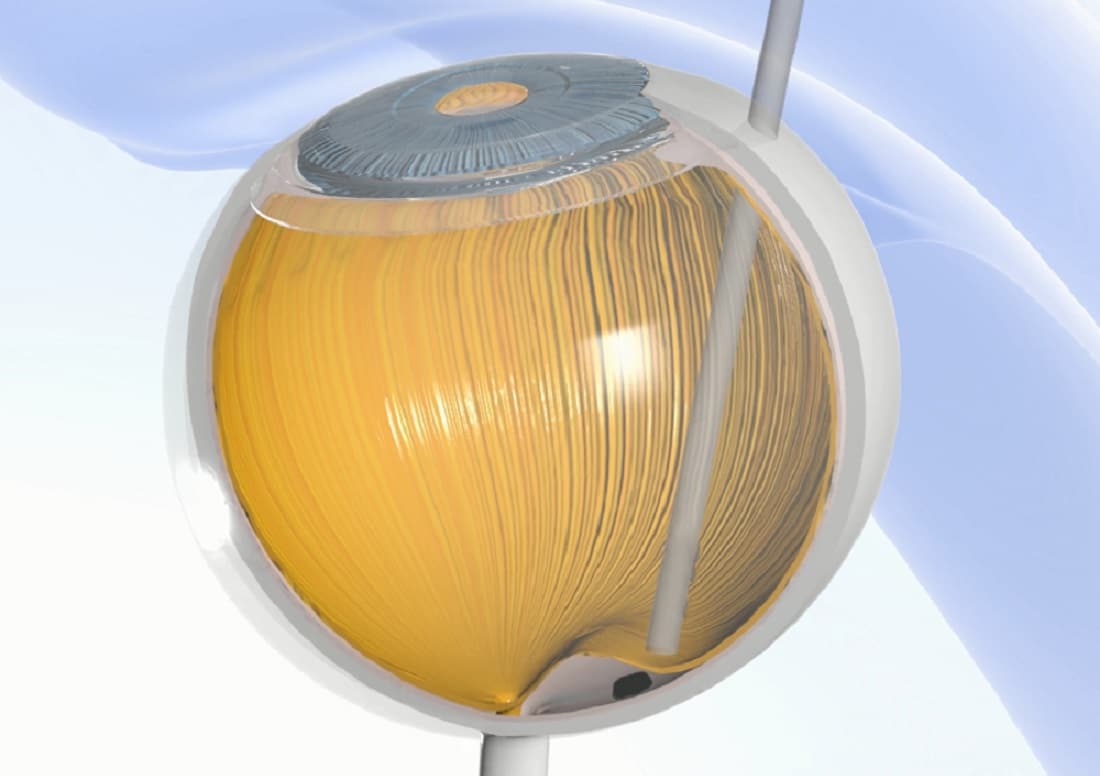 A partially blind woman has been able to detect signals in one eye thanks to a revolutionary new implant that offers hope for sight restoration. The Prima device, developed by the French company Pixium Vision, offers the hope of partially restoring vision for people with a common form of dry age-related macular degeneration (AMD), which can cause sight loss.

Approximately 67 million people in the EU are currently affected by any AMD and, due to population aging, this number is expected to increase by 15% until 2050, according to a study published in the British Journal of Ophthalmology.

The Prima implant procedure involves inserting a 2mm wide microchip under the center of the retina by surgically creating a trapdoor. The patient uses special glasses containing a video camera that is connected to a small computer attached to their waistband. The chip captures the visual scene projected by the glasses and transmits this to the computer.

Artificial intelligence (AI) algorithms process this information and instruct the glasses to focus on what it perceives to be the main object in the image. The glasses project this image as an infra-red beam through the eye to the chip, which converts this into an electrical signal. This signal passes through the retina cells and optical cells into the brain, where it is interpreted as if it were natural vision.

The implant is currently being used as part of a Europe-wide clinical trial on patients who have lost their vision in an eye because of geographic atrophy (GA—also known as atrophic AMD or advanced dry AMD), which is progressive and currently has no treatment. Around 12 percent of those over the age of 80 will be affected by AMD and 6.7% will have GA.

A recent paper published in the journal Nature Communications outlines how five patients with geographic atrophy enrolled in a French study successfully had the Prima implant inserted beneath the retina and how their vision improved meaningfully 24 months that followed.

While all patients had a sight in the studied eye before implantation that would be defined as legally blind in many countries, all demonstrated a sighted eyesight while using the electronic magnification up to a factor of 8. In practice, this means progressing from being able to only perceive shapes, to being able to read text on a page.

These are the first peer-reviewed clinical data for the Prima System showing simultaneous use of the central prosthetic and peripheral natural vision in dry AMD. An 88-year-old woman, who is the first patient to get the implant in the UK, was treated at Moorfields Eye Hospital in London. She said:

“Losing the sight in my left eye through dry AMD has stopped me from doing the things I love, like gardening, playing indoor bowls and painting with watercolors. I am thrilled to be the first to have this implant, excited at the prospect of enjoying my hobbies again and I truly hope that many others will benefit from this too.”

“This groundbreaking device offers the hope of restoration of sight to people suffering vision loss due to dry AMD. The success of this operation, and the evidence gathered through this clinical study, will provide the evidence to determine the true potential of this treatment.”

Pixium Vision currently has global clinical trials involving the Prima device, being led by teams in Paris, Germany and the US. The European PRIMAvera study was launched at the end of 2020 and the first patient was implanted in March 2021.