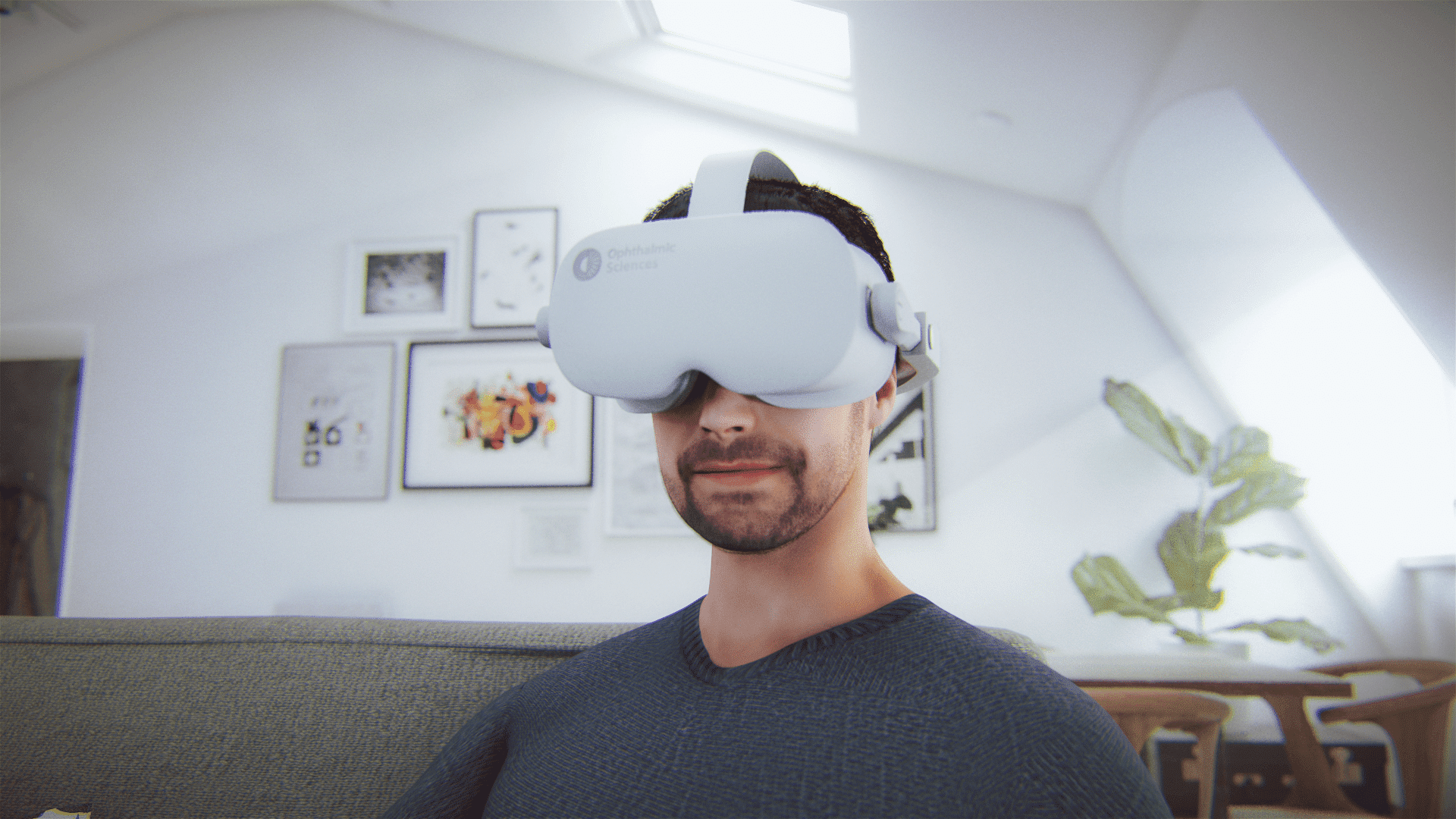 CEO Ariel Weinstein said glaucoma sufferers could wear the device any time without the need for eye drops or constant calibration to monitor fluid pressure inside their eyes. Data is then uploaded to a secure cloud for analysis and results can be accessed by clinicians.

“This will be the first contactless IOP measuring device, a feat that could not be achieved without the advent of AI and machine learning.”

Faisal Ahmed, Consultant Ophthalmic Surgeon and Head of Specialty at Imperial College NHS Trust, consulting at The London Clinic, said glaucoma is the leading cause of irreversible blindness in adults. He explained:

“Globally, it was estimated there were about 80 million people with the disease in 2020, but this increasing and we expect it to go up to around 111 million by 2040. The disease largely affects people over the age of 44 and in much higher numbers as they become older. Therefore, as the population ages, so the prevalence increases.”

According to him, glaucoma is a disease of the optic nerve, and once the optic nerve is damaged, the damage cannot be reversed. In the early stages, sufferers are often asymptomatic, as the disease affects peripheral vision and initially the brain compensates, filling in the gaps.

“It is only when the disease advances, and the patient develops tunnel vision, that they start to realize they are losing their sight and become aware there is a problem. However, if we can diagnose it early, and treat the patient early, then the disease is far less likely to progress.”

Faisal Ahmed urged adults over the age of 44, especially those with glaucoma in the family, to seek frequent eye tests from opticians, who can test for the disease. Treatments, including medication, as well as surgical and laser options, can help prevent further damage to the optic nerve and reduce the likelihood of permanent blindness. He stressed:

“Advances in medicine have already made a significant impact in reducing sight loss from glaucoma and significant further research is being undertaken into a variety of interventions. There is also currently a great deal of innovation working on how to reverse the damage to the optic nerve that is caused by glaucoma.”

Ariel Weinstein said Ophthalmic Sciences was the brainchild of entrepreneur and inventor Noam Hadas. He explained:

“An elderly relative of Noam was treated for glaucoma and had to change medications often due to the difficulty in controlling the pressure in the eye. Another relative who had dinner with Noam, and who happens to be a leading glaucoma specialist, reaffirmed the need for a self-administered IOP measuring device.”

The technology has similarities to a blood pressure monitor. The IOPerfect images the vessel response, however, instead of feeling it. He added:

“We film both eyes while applying nominal decreasing air pressure over the eyes and then look for vessel pulsations in the iris and sclera. Since the iris vessels are affected by the IOP, and scleral vessels are not, we get two sequential pulsation graphs. The difference between their peaks is the intraocular pressure.”

According to him, continuously high IOP can cause increasing and irreversible damage to the optic nerve.

“To demonstrate the critical need for this, diabetic patients are managed using glucometers, hypertension patients regularly use blood pressure monitors. But remarkably, suspected and verified glaucoma patients mostly get their intraocular pressure, the key biomarker which continuously fluctuates, tested only once every few months. Our technology would resolve this anomaly and allow for far better management and prognosis.”

Individuals living in outlying areas would be able to benefit from the ability to screen their IOP easily while visiting their primary care practitioner.

“We intend to introduce our product at a far more affordable price than any alternative,” said Ariel Weinstein, who hopes to take the IOPerfect to market in 2023. “In addition, our device would be ideal for use by humanitarian organizations as it does not require a particularly strict sanitary environment.”