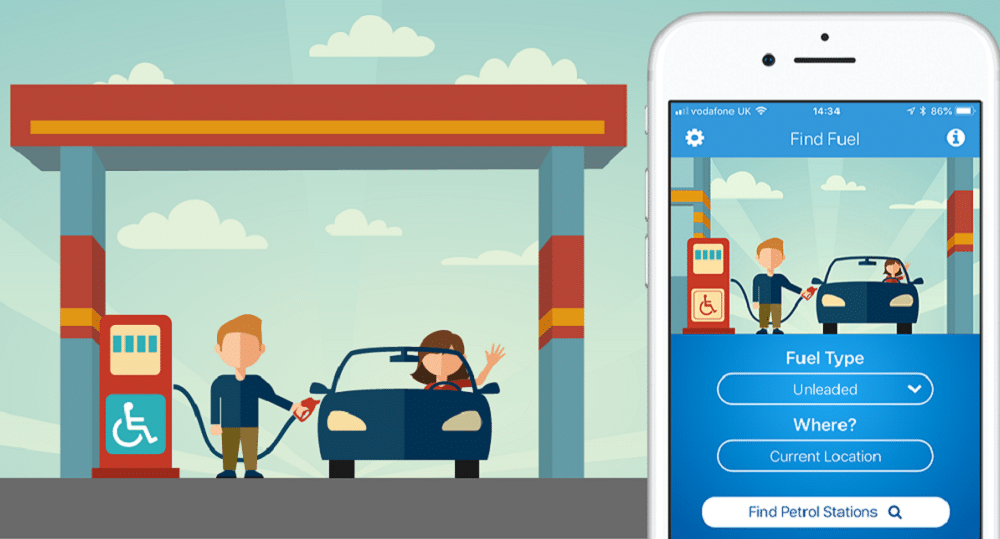 When Niall El-Assaad struggled to get his car filled up at petrol stations in the UK he decided to find a solution to keep disabled drivers on the move. Now his fuelService app is being used by an ever-increasing number of drivers in other European countries too, as well as in Canada.

El-Assaad came up with the concept after realizing many disabled drivers had no means of letting attendants know they were waiting for help and that some employees were not allowed to leave their posts at the till. He explained:

“When I was in rehab after an accident, I was told to buy a service call button to use in petrol stations and that the attendant would come out when I pressed it. But the very first time I tried to use it no one came out. I then drove to the next petrol station and the same thing happened. Eventually a voice came over the loudspeaker to see why I was just waiting at the pump—and when I explained I was told the system had not worked for years.”

With a long career in technology, he decided to come up with a solution himself and fuelService was born:

“I spoke to Shell in the UK and they became my biggest champion. They had not realized disabled drivers faced this problem and they helped me to run a trial.”

Drivers can now download the app to find the nearest station that uses it. They then press a button to ask if someone would be free to fill their car. If an attendant is available, the driver indicates how long they will be; if no one is free, he or she tries the next filling station. For those without smartphones, there is a number to dial or text instead of using the app.

Free and easy for disabled drivers to use, fuelService is low cost for petrol stations:

“We keep the price as low as possible and any profits are donated to spinal research charities. Since launching in 2016, we have raised approximately £500,000. We have about 15,000 people a year now using fuelService and hope that number continues to increase.”