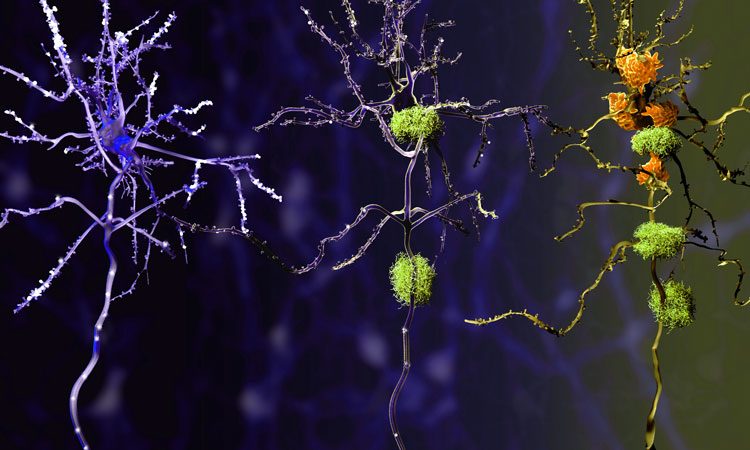 Researchers have taken an important step towards better understanding Alzheimer’s disease thanks to a high-resolution microscope that improves brain imaging and shows biomarkers at a molecular level.

As the world ages, both in advanced and developing countries, prevalence of Alzheimer’s disease along with other forms of dementia is set to skyrocket. In the United States for example 40 percent of people aged 85 years or older suffer from Alzheimer’s. Experts on the disease stress that Alzheimer’s is not a natural part of the ageing process—it is rather a manifestation of something having gone terribly wrong with the brain’s functioning.

Coming to grips with this devastating disease is proving to be a long and arduous journey. Despite decades of research, no one actually knows what triggers Alzheimer’s yet. While sufferers themselves can self-diagnose the early symptoms—forgetfulness, confusion, an inability to retain newly-learned information—the onset of the disease might have occurred years or even decades earlier. And there is absolutely no cure for it.

“The image produced has a resolution between six and ten times greater than conventional microscopes, allowing neurons and surrounding amyloid plaques to be viewed at molecular level.”

Despite this stark reality, researchers in Indiana have taken an important step towards better understanding the disease. A high-resolution microscope that generates images of the biomarkers of Alzheimer’s, called amyloid plaques, has successfully been developed. Amyloid plaques are proteins that have a waxy texture and deposit themselves in the space between individual brain cells or neurons. In doing so, the plaques are an indicator of disruption in the transmission of communications between neurons. As more plaques get deposited, more disruption is caused, and eventually the surrounding neurons die, ultimately leading to irreversible cognitive decline.

The new Alzheimer’s microscope is the fruit of a collaboration between Indiana-based Purdue and Indiana State universities. The device, a nanoscope, uses mirrors that distort light by constantly changing shape, thereby overcoming what has been a major obstacle to producing images of the brain’s interior, the thickness of brain tissue.

The image produced has a resolution between six and ten times greater than conventional microscopes, allowing neurons and the surrounding amyloid plaques to be viewed at a molecular level. The nanoscope was successfully used on mice that were genetically engineered to develop amyloid plaques. The findings were first published last year in the scientific journal Nature Methods.

It is still early days in the battle against Alzheimer’s. The researchers who constructed the nanoscope said it would be used strictly as a research tool for the foreseeable future. It remains however a notable advance down a road that hopefully will lead to a comprehensive understanding of why some people develop the disease, while others do not.