Home » ARAB HEALTH. A Step into the Future

ARAB HEALTH. A Step into the Future 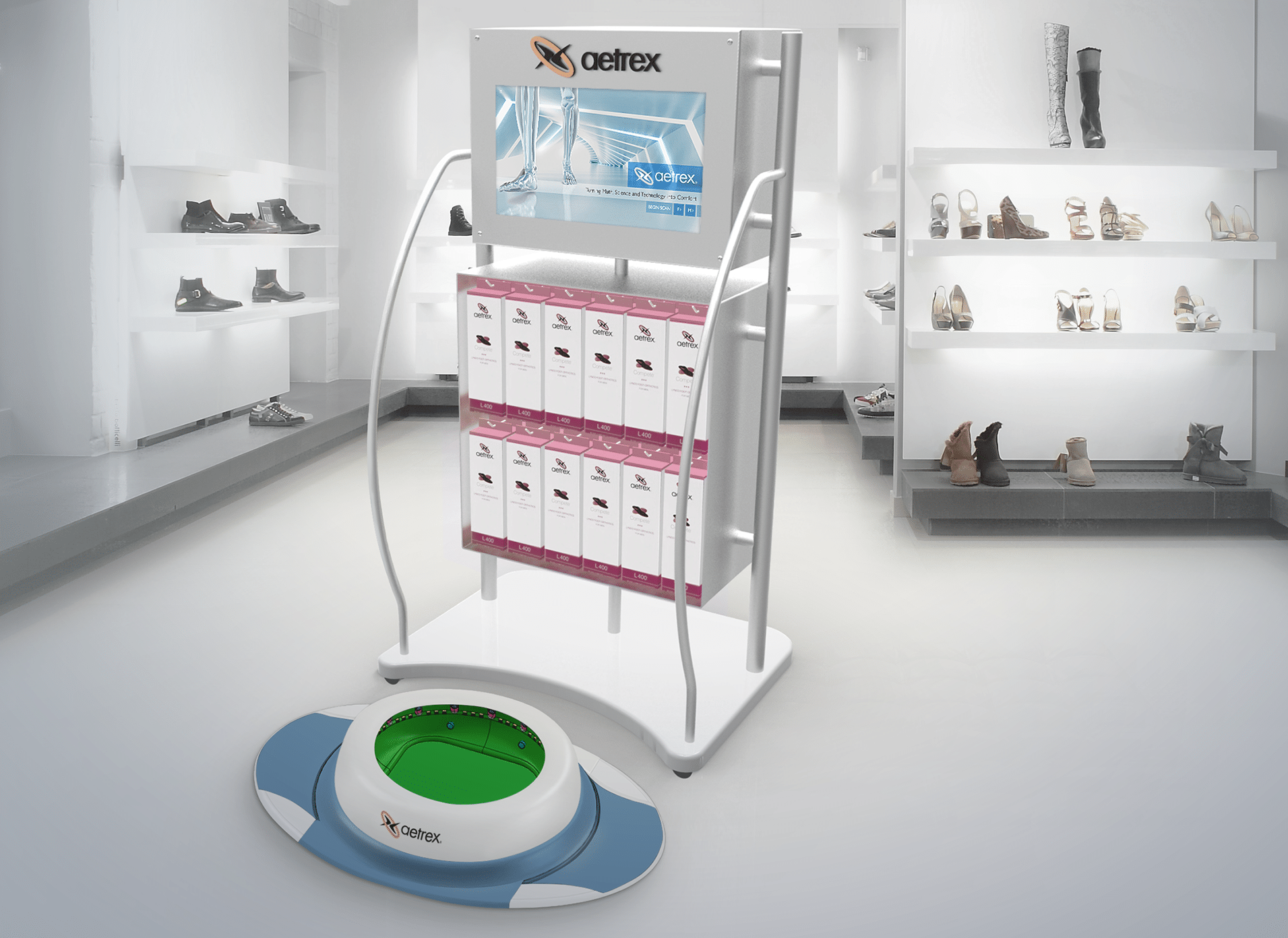 Aetrex, a global company specializing in comfort and wellness footwear, recently attended the Arab Health show held in Abu Dabi, Dubai, at the end of January to share its real-time foot analysis and solution.

After seven decades of work in the orthopedic field, today this little company based in New Jersey has become the world leader in 3D foot scanners. After the success of its first scanner, “Istep,” Aertex decided to go much further in collecting useful foot data with the launch of its “Albert” 3D scanner in 2017. According to the company, it is the most high-tech and complete foot scanning system on the market.

It measures pressure and size but also collects all the data to provide, in store, full 3D imaging of your feet. This means the customer goes into a store, steps in the system and one minute later, a HD monitor shows a 3D digital analysis of his or her foot, including accurate size, pressure and arch type.  The software uses this data to directly recommend the right orthotics.

The secret of this technology relies on 18 digital cameras, 960 infrared LEDs and receptors as well as over 5,000 gold-plated sensors.

This system took two years and millions of US dollars to be developed by Aetrex’s technology division in Israel. The development team consisted of three software developers, a hardware engineer, an optical specialist and a mathematician. Their mission was first to reinvent the foot scanning device itself and then to develop software able to use all of the data collected.  This challenging project took two years but was definitely worth it as it has allowed the company to grow significantly since 2016, especially in the Middle-East and other parts of Asia.

This innovative technology is also now being implemented in the company’s newest foot scanner: the Gaitway, a flat scanner that captures even more data under foot by measuring gait pressure at an unparalleled rate of 30 frames per second. It’s a real-time complete analysis that offers lots of applications from 3D foot printing to specialized treatments.