Home » The Rise of Biochipping 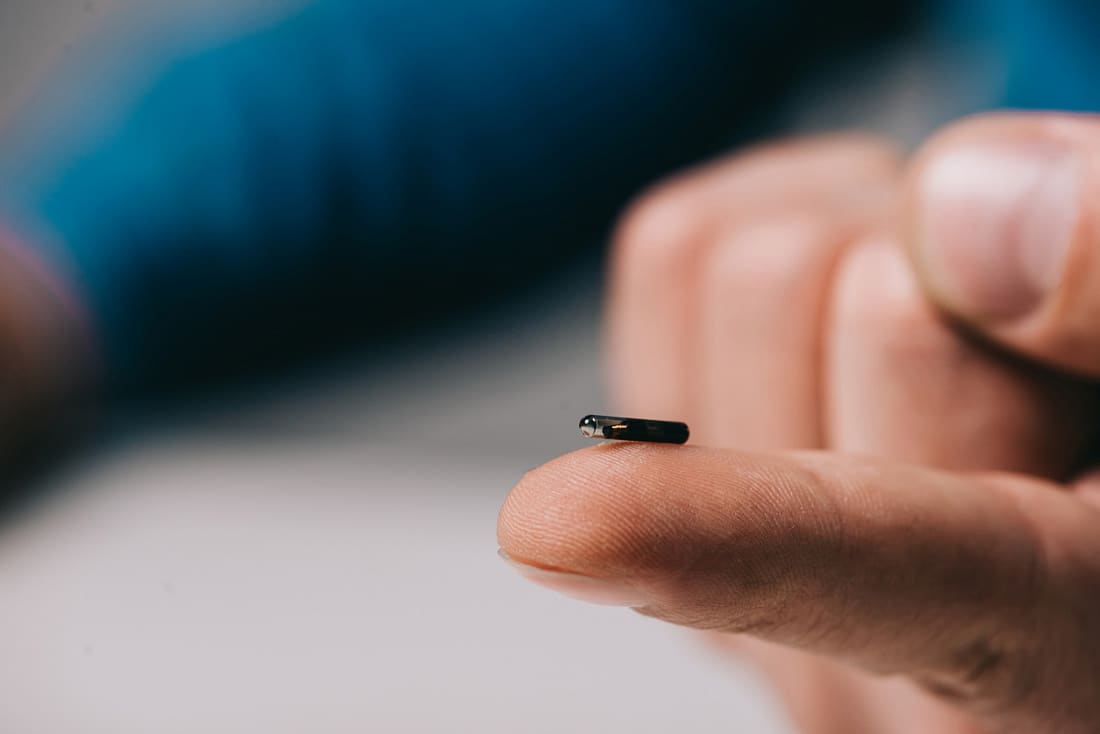 Have you ever lost your keys? Or couldn’t find your train ticket? In Sweden, a growing group of people have made such trivial problems a thing of the past. Their solution: a small microchip implanted under the skin.

This biochip allows them to enter their office, gym or home or unlock their computer or smartphone by simply waving their hand in front of it. Hannes Sjöblad is a biohacker who has been biochipped. “It has helped me get rid of five cards—I access my office, my gym, I have my business contacts on it so anyone can swipe me and get my details, I use it when I travel by train and buy stuff from a candy vending machine,” he said

The chip is the size of a rice grain and can be injected under the skin using a needle, a procedure that is typically done by a piercer or tattoo artist. Most people choose to place the chip in the soft webbing between the thumb and index finger. Sjöblad added:

“Biotech is being radically democratized much the same way computers were in the 1980s. Implants is only one part of it.”

Whereas microchipping is still mainly an underground subculture in most other countries, it has been more broadly accepted in Sweden. Several private and public companies—such as innovation center Epicenter and travel agency Tui—offer implants to their employees. Commuters on the Swedish railways, SJ, can load a ticket onto their implant which can be scanned by a train conductor using a smartphone, a solution some 3,000 passengers now use, according to SJ. 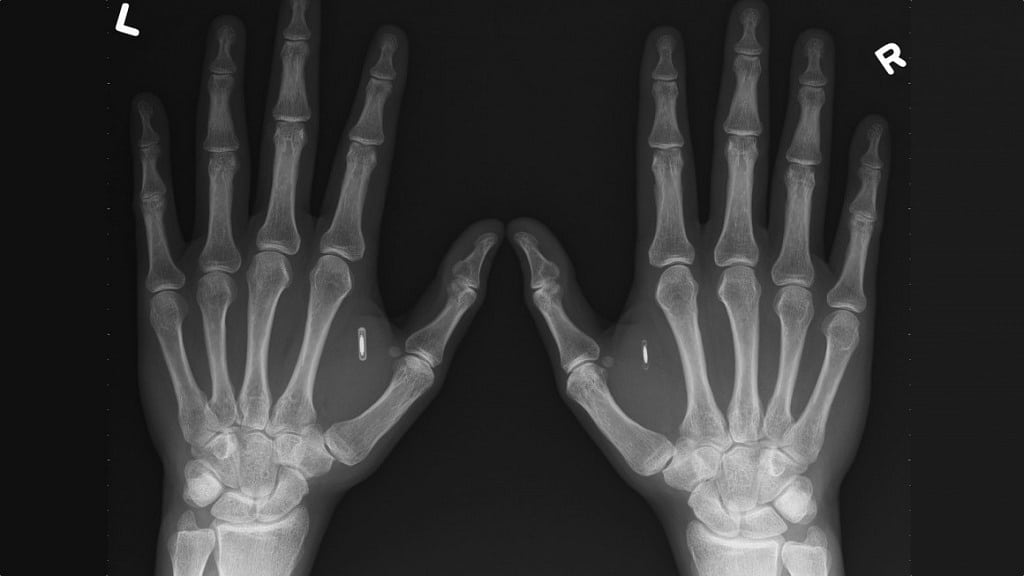 Moa Petersen is a lecturer in digital cultures at Lund University and has done research on biohacking. She reckons Sweden is not socially conservative but is rather a highly tech-literate society where people are open to new ideas and technologies. She believes that’s the reason why the phenomenon has become more widespread in Sweden than elsewhere. She said:

“Swedes generally view technology as something good and progressive that’s helping society do something better.”

Petersen estimates that around 5-6000 Swedes have microchips implanted and even though the topic has gotten a lot of media attention recently, it is still a small niche. A lot of the growth is thanks to Jowan Österlund. He’s the founder of Biohax, a company that makes it easier and safer to insert biochips. “I’ve been approached by the government and big companies that want to know more about this. Last week I had 40 sign-ups from people that want to use it. There are definitely more people taking an interest in it,” Österlund explained.

He has two implants, one in each hand, and it has made his life a lot easier: “Being able to open the door to the office and turn off the alarm by waving my hand, makes a big difference. I log on to my computer in a split-second and my password is never wrong because it’s stored in my chip. You remove the marker for human error.” Österlund sees huge potential in using biochipping for identification. He believes it could eventually replace passports and driver’s licenses. It’s even safer than using biometrics such as fingerprints or your face.

“Biometrics are different from a bank account in that you can’t change it. So if you’re compromised, it’s forever. A chip implant, on the other hand, can be replaced.”

Others are touting implants as a potential healthcare revolution. By putting sensors under the skin, it would be possible to measure blood sugar levels, heart rate, temperature and blood pressure, explained Hannes Sjöblad. He has launched the company Disruptive, which develops implants and a platform to speed up innovation on the hardware side. He said:

“Riding the train and buying a Snickers with your implant is cool, but it’s not transformative. If you can monitor health with an implant the size of a grain, that’s something else. I want to create an implant that even the poorest people in the world can afford that can monitor their vitals and do diagnostics by the swipe of a smartphone.” 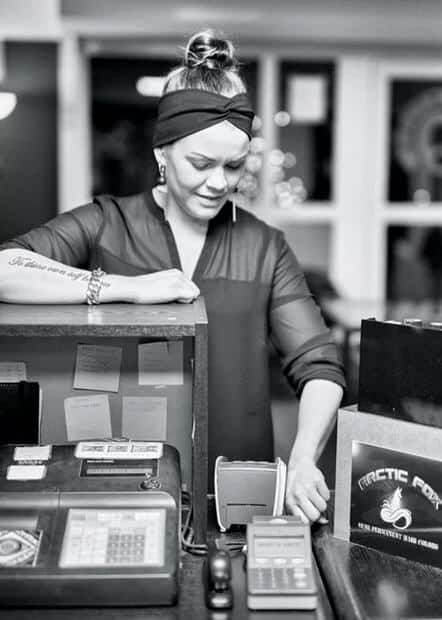 The biochip movement is not without its critics. In the UK, some companies offering implants to their employees has been met with skepticism from trade unions who worry that employees may be coerced into getting an implant. Some see it as invasive and not particularly useful—you could accomplish the same thing with a wearable device—while there are also concerns about surveillance or privacy. But since the microchips are passive NFC transmitters and not connected to the internet they’re only activated when they’re within a few centimeters of an NFC reader and can’t transfer data independently. While it’s possible to hack them, it would require that the hacker swipes the data from the owner’s hand.

Despite the increase in users, Moa Petersen doubts that biochipping will ever become mainstream. She said:

“It would have to offer people more value to their daily lives than it does today and be more user friendly. But maybe the next generation of chips can accomplish that.”

Even Jowan Österlund acknowledges that it is unlikely that the biochipping community will become widespread:

“It’s not for everyone but I do believe that it could be 10% of the population by 2030. With just a small tweak, you can really enhance your body using technology.” 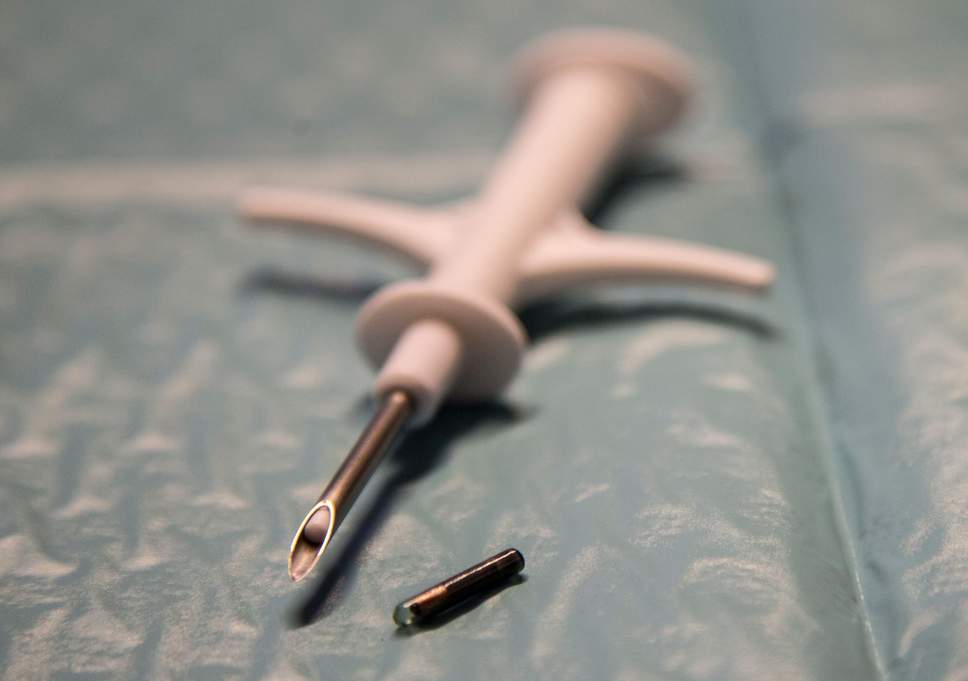