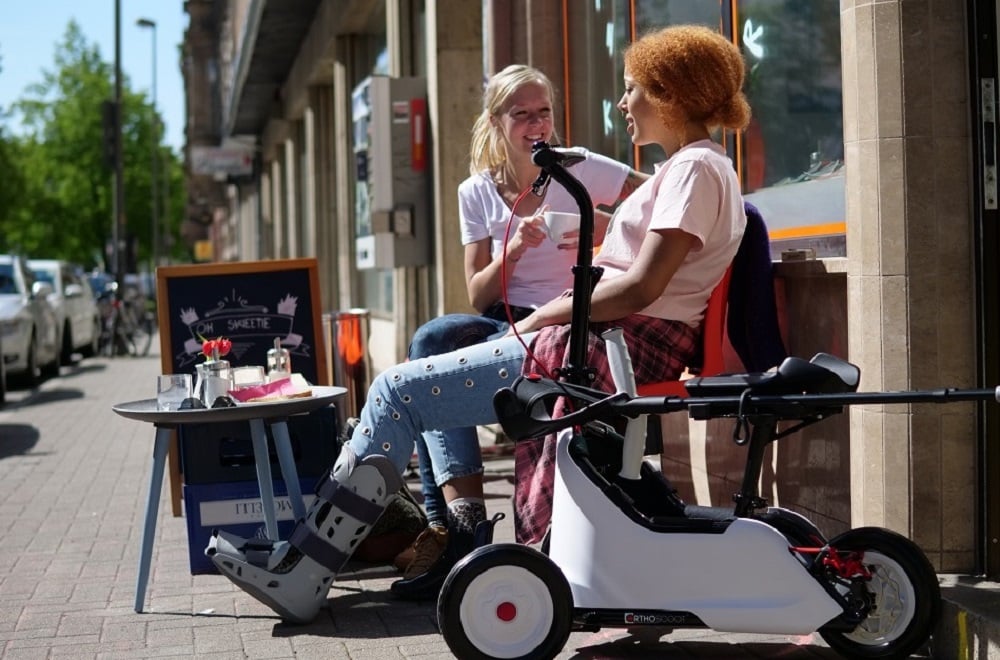 Mobility is everything but when you add safety, “it’s for sure the perfect balance,” said Andreas Hertle, the German conceptor of an innovative three-wheel knee walker called the “Orthoscoot.”

It all started in 2013 during a creative workshop where Hertle was approached by two experienced orthopedic specialists. The idea that came up was “to offer helpful aid to patients who after injury or surgery should not put pressure on the affected foot,” he explained.

After almost two years of development, combining knowledge from the medical, biking and even toy industries, Hertle launched Orthoscoot. He explained:

“It helps you to remain mobile, in a simple, safe and comfortable way. You position the injured leg on the individually adjustable knee pad. You can steer with your hands, and the healthy leg is used to kick-off forwards.” 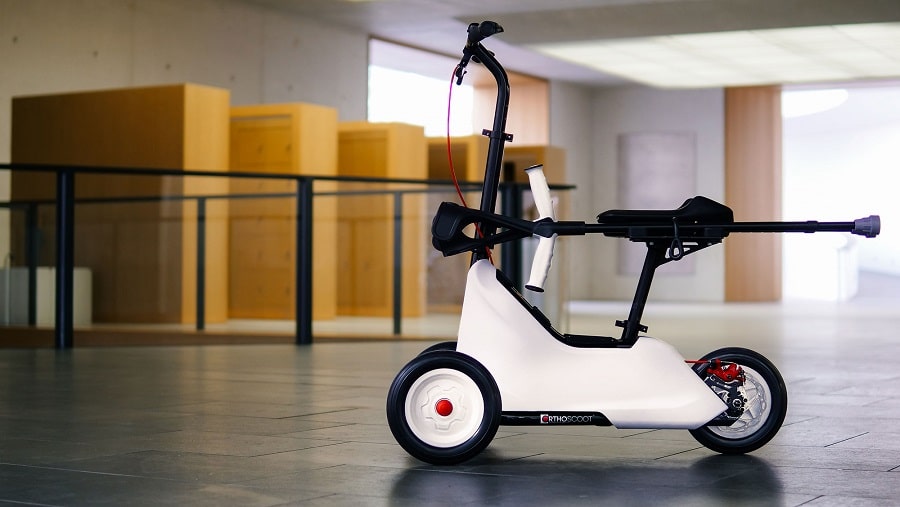 “It is the perfect solution between a wheelchair and crutches.” (Photo: Orthoscoot)

A simple concept with a lot of benefits. The patient stays active which prevents the loss of muscle mass. The device also avoids any dangerous pressure or bad posture and resulting tension. Additionally, Orthoscoot allows you to be constantly mobile and go almost everywhere despite a foot injury. Franck Tremoulet, CEO of O-osmose, a company specialized in orthopedics that provides the device in France said:

“It is especially useful for active people like businessmen, self-employed persons, professional sportsmen and artists who can’t stay home for weeks.”

“It is the perfect solution between a wheelchair and crutches. The wheelchair might be psychologically hard to accept and keeps you dependent on others and inactive, while the crutches usually cause pain to the joints and muscles, making your convalescence longer.” 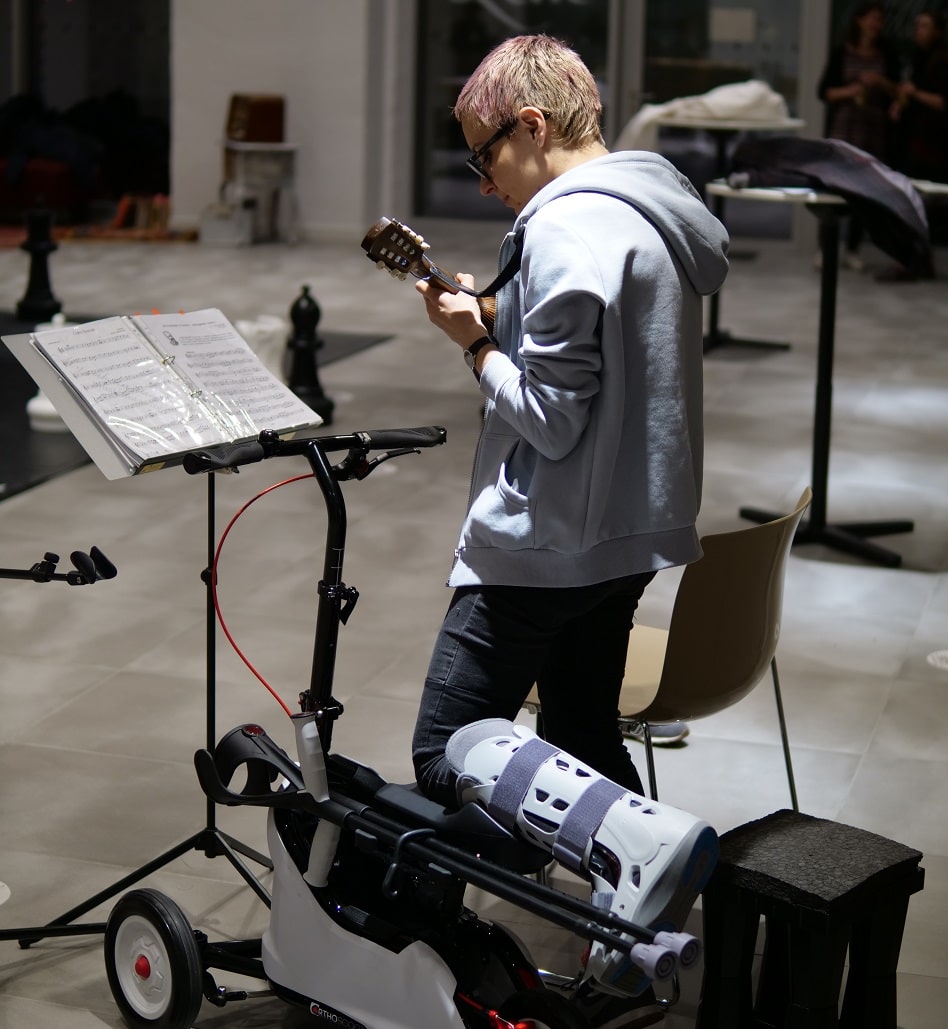 The device is especially useful for active people like businessmen, professional sportsmen and artists who can’t stay home for weeks. (Photo: Orthoscoot)

“For individuals, the rental period varies on average from four to eight weeks but it can last up to 12 weeks in some cases,” said Tremoulet. “Quality, safety and medical usefulness are the keys,” said Hertle. “We kept pondering the ergonomically-shaped knee rest and steering device, and the additional holder for crutches that we wanted for our device.”

A product designer developed the streamlined casing, which distinguishes the final product from other comparable devices. New markets including the USA, Australia and Japan are already requesting the Orthoscoot.