Home » Testing Set to Begin on a Coronavirus Vaccine

Testing Set to Begin on a Coronavirus Vaccine 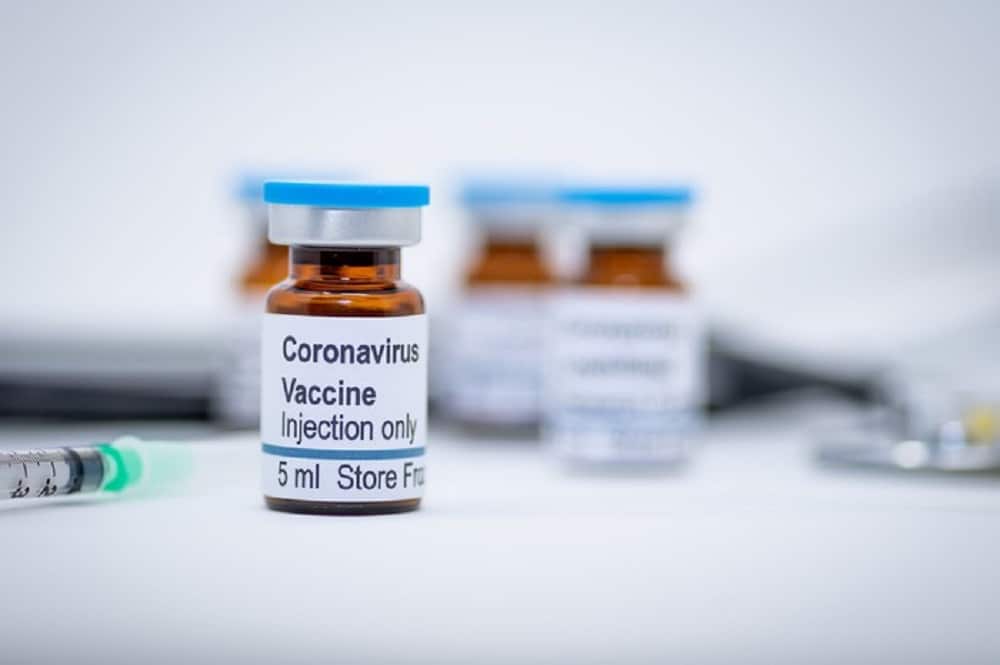 In different parts of the world, scientists are racing to develop a vaccine for coronavirus (COVID-19). A lot is at stake as governments worldwide are in a frenzy to prevent the spread of the virus in key hotspots.

So far there have been over 83,000 diagnosed cases and 2,800 deaths reported worldwide. The world’s biggest phone show, Mobile World Congress, scheduled to take place in Barcelona from February 24th to 27th, was canceled due to coronavirus concerns. Other trade fairs in Europe may do the same. The automotive, electronics, luxury and tourism industries are on the front line, while stock markets are falling. In this context, scientists are working day and night to develop a vaccine for COVID-19.

The Commonwealth Scientific and Industrial Research Organization’s (CSIRO) Melbourne-based factory has begun production of a test dose for a potential novel vaccine for COVID-19. According to Kajal Jaddoo, Healthcare Analyst at GlobalData:

“Researchers from the University of Queensland developed this test vaccine in six weeks using world-first molecular clamp technology. Animal testing of the vaccine is set to begin. While the development of vaccines is time-consuming, this first test dose is in production, which shows incredible progress by the researchers. Using a DNA blueprint of COVID-19 by Chinese scientists, the researchers identified a section of the virus to target, specifically a spike protein. The molecular clamp technology holds and changes the shape of the spike protein to allow the human immune system to recognize and kill it. Once the vaccine’s design is perfected, it will be tested on animals for safety and effectiveness.”

He explained that the risk of COVID-19 spreading globally and becoming a pandemic persists. Additionally, new strains of a virus are able to spread more quickly, since they are unknown to the human immune system and thus no defense mechanisms exist. However, this new technology is able to respond quickly to unknown viruses and strains, and could help stop the spread if the vaccine is found to be effective.

“Many large companies are hesitant to attempt the development of a vaccine for COVID-19 after failures and disappearing needs following past Ebola and Zika outbreaks made such ventures less lucrative. However, if this test vaccine is proven safe and effective in animal testing, human trials will be initiated by the middle of the year to help curb the outbreak.” 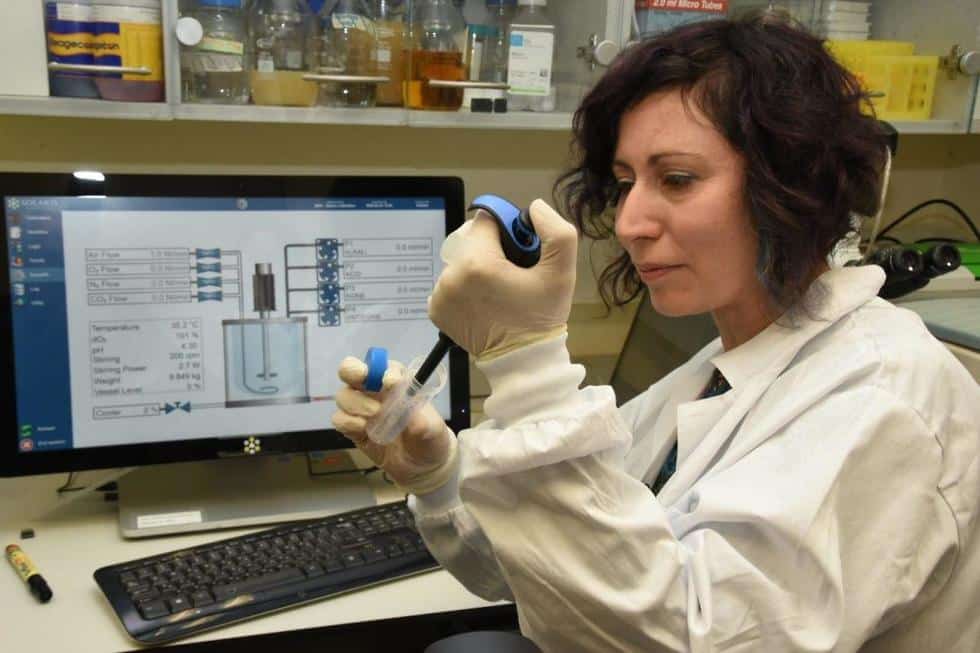 In the meantime, in Israel scientists are also on the verge of developing a vaccine against the novel coronavirus. If all goes as planned, the vaccine could be ready within a few weeks and available in 90 days, according to the Minister of Science and Technology Ofir Akunis. Akunis said in a press release (Jerusalem Post):

“Congratulations to MIGAL [The Galilee Research Institute] on this exciting breakthrough. I am confident there will be further rapid progress, enabling us to provide a needed response to the grave global COVID-19 threat.”

A team of scientists at the Hong Kong University of Science and Technology (HKUST) has recently identified a set of potential vaccine targets which could be helpful for the development of a vaccine against the SARS-CoV-2 coronavirus—the cause of the novel pneumonia (COVID-19) outbreak.

As genetic sequences of SARS-CoV-2 are similar to those of SARS-CoV—the virus that caused the SARS (Severe Acute Respiratory Syndrome) outbreak in 2003—scientists have been drawing on previous data and knowledge of the SARS virus in search of a way to crack SARS-CoV-2. Now, a team of scientists at HKUST has identified a set of B cell and T cell epitopes derived from SARS—protein fragments that can trigger the immune response to SARS-CoV—that may similarly trigger an immune response to the novel coronavirus. According to HKUST, these findings are fundamental for guiding further studies into the development of effective vaccines against COVID-19. 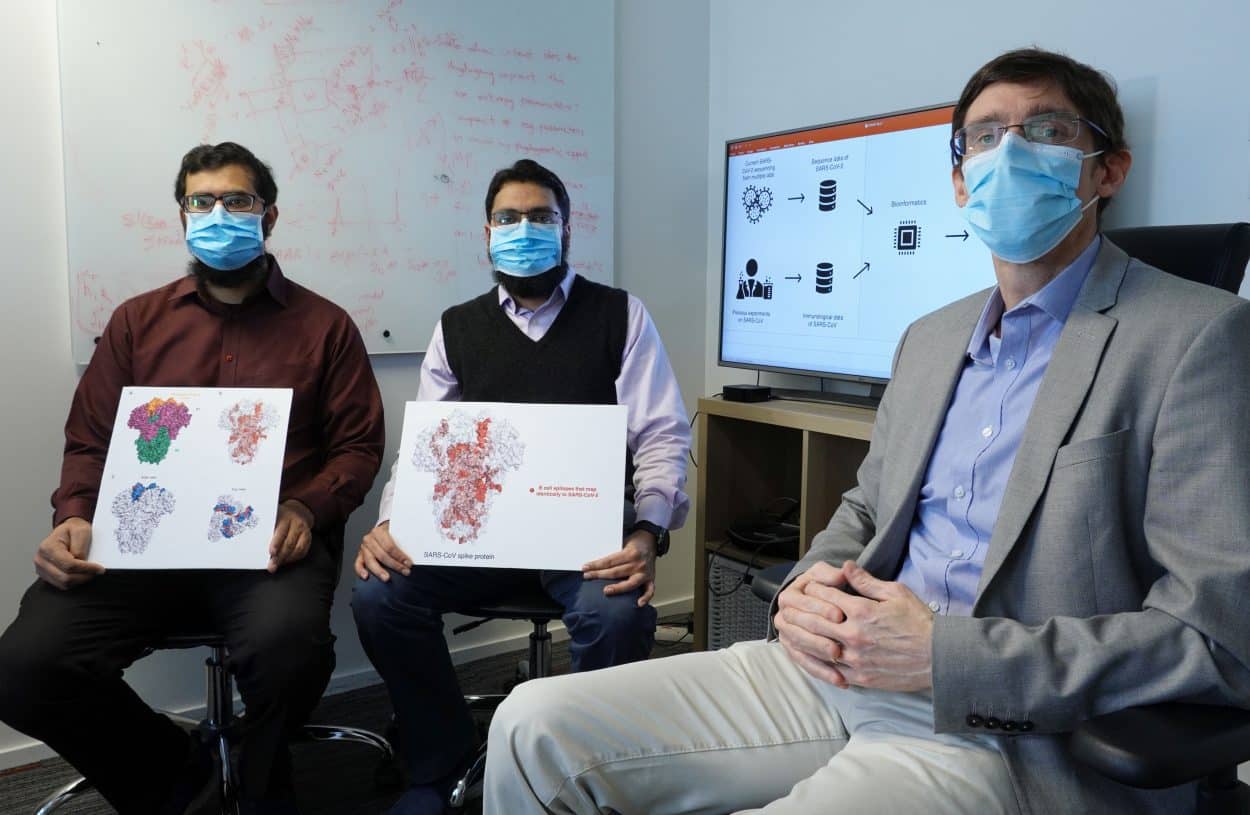 Since early January, researchers at the National Institutes of Health (NIH) in Maryland have been racing to develop a vaccine to prevent the new disease, reports the New York Times. Companies like Johnson & Johnson, Moderna Therapeutics and Inovio Pharmaceuticals are also working on vaccines to stop the spread of the disease.

The United Kingdom and China are also currently working on vaccine research. Researchers at Imperial College London are allegedly the first to test an anti-Covid-19 vaccine on mice. This vaccine was produced by bacteria before being injected into laboratory mice.

According to a Chinese news agency, researchers in Shanghai have also just started initial studies in mice. And the Russian Health Ministry has begun work on developing a coronavirus vaccine and is in negotiations with Chinese scientists to obtain biological material, in order to get a head start on creating the inoculation, Russian Deputy Health Minister Sergei Krayevoy told the TASS agency.

Vaccines must undergo extensive testing in animals and humans. It took researchers about 20 months to get a vaccine ready for human trials during the SARS outbreak in 2003. Then in 2015, during the epidemic caused by the Zika virus, researchers brought the timeline down to six months. How long will it take this time?