Home » Seeing with your Ears

Seeing with your Ears

An artificial vision device for people who are blind or visually impaired, OrCam MyEye 2.0 improves the user’s vision using their ears.

“Our whole mission is to communicate visual information through audio. What OrCam MyEye can do is instantly and discreetly read any printed text from any surface—a newspaper article, a restaurant menu, or a computer screen text.”

The wearable device is the size of a finger. It can be fixed to almost any pair of glasses. Fischer said:

“All you have to do is put it on and wear your glasses, and you are ready to use the device.”

It consists of a small head unit with a miniature camera in front, and a speaker by the ear, so that only the user can hear the audio. The camera is equipped with LED lights. Fischer showed three ways to trigger OrCam MyEye 2.0. First, he made a pointing gesture that showed the machine the text to be read. Converting the text into audio, the device started reading until Fischer interrupted it with another gesture.

In the second scenario, the operator just tapped the side of the appliance to activate it. Whenever no text is detected, the device emits a little chime, and it also indicates if the text is upside down. In the last scenario, OrCam MyEye automatically detected the edges of a document held in front of it.

The product demonstration included a facial recognition test. OrCam MyEye automatically detected that “a man” had been introduced in the room. It took 15 to 20 seconds for Fischer to enter this new face into the device: “now when he (the colleague) approaches me I hear his name”, Fischer explained. OrCam MyEye learns and remembers people, and recognizes the stored faces. 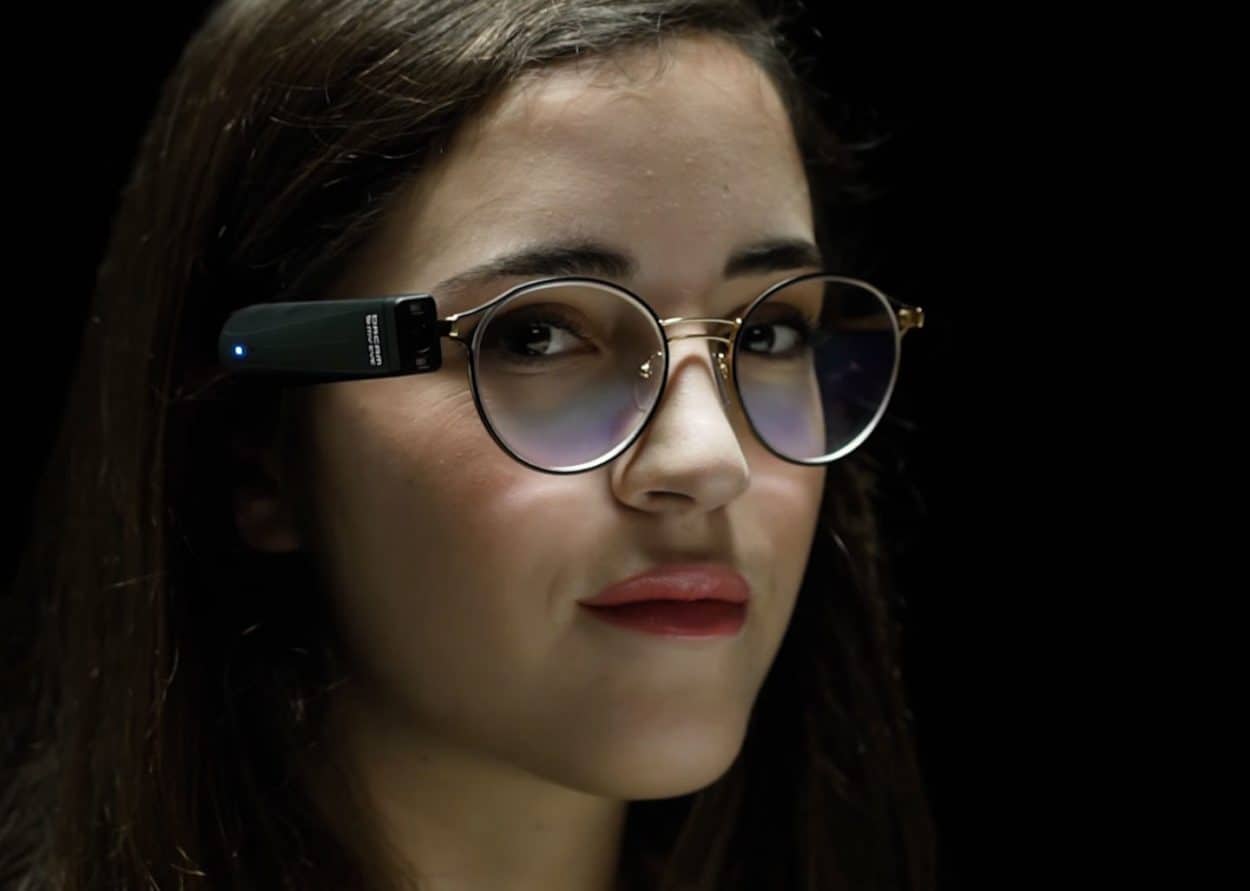 OrCam MyEye automatically detected that “a man” had been introduced in the room. (Credit: Orcam MyEye)

“We built our algorithms to develop this text-to-speech reading to work offline. It all happens locally: no privacy issues, no reception issues. In addition, the text that is read is not recorded.”

OrCam MyEye is currently available in twelve languages in over twenty countries, and more are in the pipeline. Each version reads at least two different languages. A small drawback is the limited autonomy of its battery: “Using it constantly, it only lasts about an hour.” The device comes with a USB charger.

“We have many thousands of users at this time,” the OrCam representative said. “The youngest is seven years old and the oldest 100 years old.” All users underwent a two-hour training session to learn to use the product. 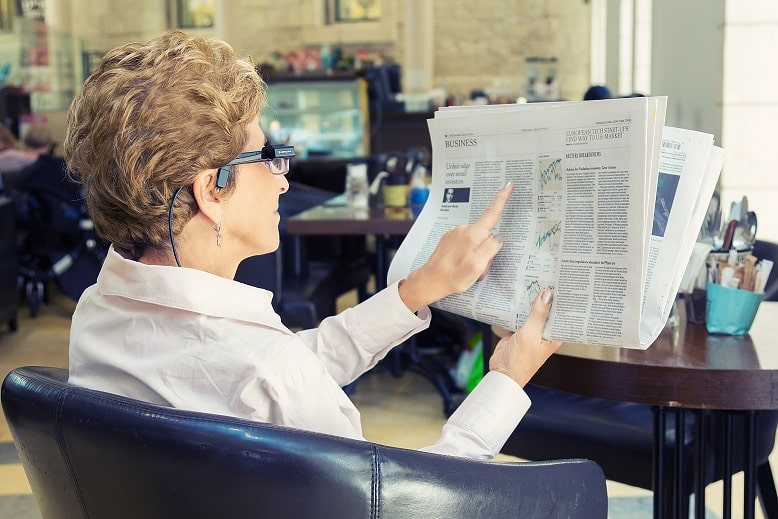 The user points at the text he wishes to read, OrCam MyEye will instantly read the selected text. (Courtesy of OrCam)

Because OrCam MyEye communicates with audio, it adapts to a wide range of needs. “Our users typically have different sorts of eye conditions, such as macular degeneration, retinitis pigmentosa, cataracts, also people with severe dyslexia,” Fischer noted. Many of them shared stories with OrCam about how the device had empowered them and increased their independence. Fischer said:

“We are trying to add as many functionalities as possible to the device. One of the future things to look for is speech recognition.”

This would allow users to ask OrCam questions directly without resorting to any motion.