Innovative Devices to Treat the Underdiagnosed Condition of Sleep Apnea 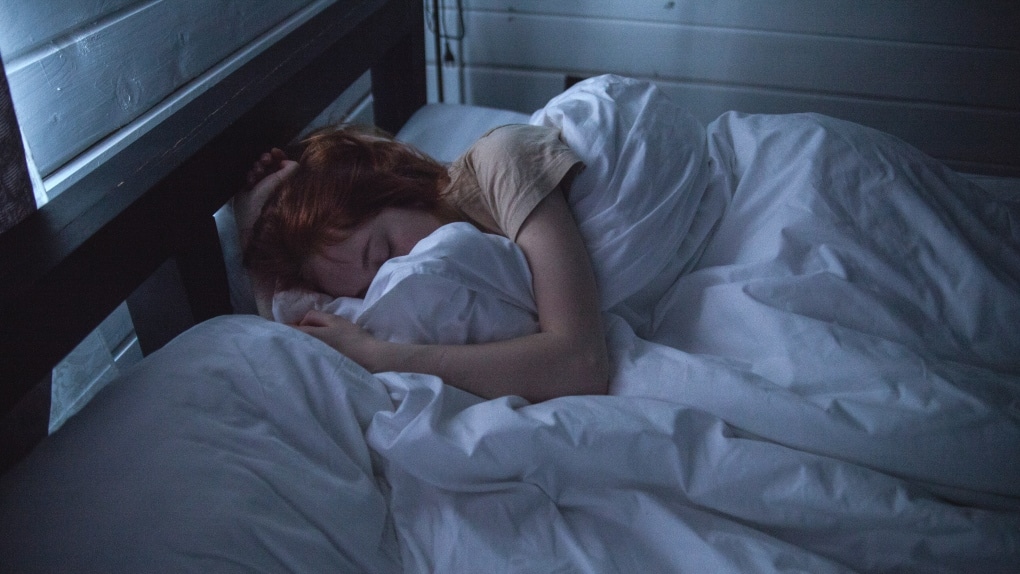 Sleep apnea is an underdiagnosed medical condition that can cause problems such as high blood pressure or cardiac arrhythmia. (Credit: Ivan Oboleninov/Pexels)

The Covid-19 pandemic and the stress associated with the lockdown and social distancing measures have led to an increase in sleep disorders around the world. Among them, sleep apnea is an under-diagnosed condition that is very poorly treated due to the lack of practical and effective treatment. A recent U.K. study shows that Covid-19 patients who have been diagnosed with obstructive sleep apnea may have a greater risk of adverse outcomes from the virus. The family company Oniris has launched thermoformed mandibular advancement devices (MADs) that allow patients to take their own teeth impressions at home without having to go to the dentist. We spoke with Thibault Vincent, who runs the company with his brother.

MedicalExpo e-Magazine: Has Covid-19 had an impact on people’s sleep and, if so, how?

Thibault Vincent: Yes, clearly. We know that as soon as there is stress and anxiety, it will have an impact on sleep. These sleep disorders can include bruxism, sleep apnea, snoring, insomnia and so on. The population has also gained weight in general during the lockdown and this will also have an effect on sleep because the more weight you put on, the more likely you are to snore or have sleep apnea. A CNAM/ANSM study in France showed an increase in the intake of sleeping pills during the lockdown period (see P.12), which is a sign that sleep disorders have increased. But real insomnia only accounts for 20% of sleep disorders. If you start to have disturbed sleep and you decide to take sleeping pills when it is actually sleep apnea and not insomnia, this is very serious as sleeping pills are )respiratory depressants and taking them will aggravate the apnea. So you shouldn’t think about sleeping pills as a first reaction, but rather go and see a sleep doctor.

MedicalExpo e-Magazine: What are the consequences of sleep apnea on your health?

Thibault Vincent: Sleep apnea has been shown to cause high blood pressure. The risk is multiplied by five when you have sleep apnea because every time you have an episode of apnea, the oxygen level in your blood drops and your heart speeds up to continue to supply oxygen to the body’s tissue. This means the heart is asked to work harder without oxygen and this causes a lot of problems with cardiac arrhythmia, which also generates a risk of stroke. 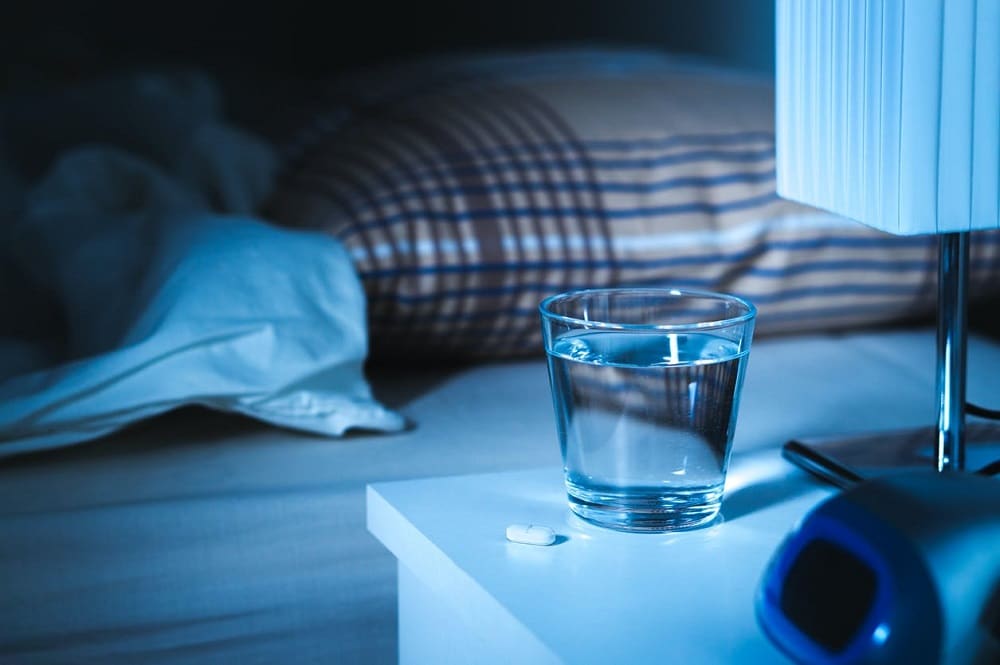 The CNAM and ANSM in France have released a study on the increase in the intake of sleeping pills during the lockdown period. (Credit: iStock)

Then there is also a risk of cancer. An American study showed that when you have sleep apnea without treatment, you have a fivefold risk of cancer or cancer recurrence. There is also an increased risk of diabetes. All these chronic conditions have a long-term cost to society that is major. A Frost and Sullivan research, commissioned by the AASM, has shown that the economic impact of untreated sleep apnea on productivity in the United States is on the order of $86 billion lost each year. This is due to the fact that sleep apnea leads to impaired concentration, an increased risk of workplace accidents due to fatigue and an increased risk of traffic accidents or work stoppages due to various illnesses. It really is a serious condition that is largely under-diagnosed, with 80% of people who are not treated.

MedicalExpo e-Magazine: What are the reasons that treatments for sleep apnea have not been optimal so far?

Thibault Vincent: Until now, the treatments available for sleep apnea have been expensive with many limitations. Take ventilation masks, for example. The mask is a kind of compressor that compresses air and sends it through a tube and then into a mask that the patient wears with straps at night to force air into the lungs. Patients with sleep apnea have poor airflow because the tongue usually tilts back and acts like a plug. The mask sends an air pressure, which is adjusted, until the air passes. It’s restrictive, heavy, it’s not very sexy, it can make noise, there can be leaks, it makes marks in the morning, it’s expensive (900 euros per year per patient in France). This is why all international recommendations reserve this treatment for the most severe cases—20-30% of patients with this pathology. 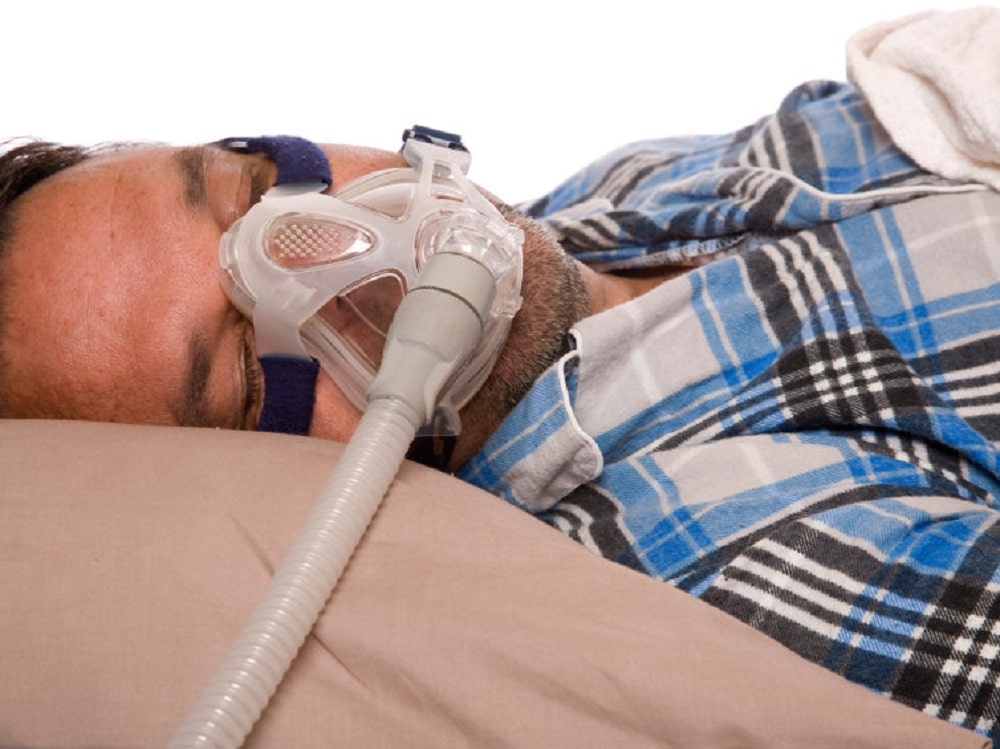 For the others, we will go for lighter treatments such as custom-made MADs. These devices work very well, they are light, much less restrictive than masks, they give good results and have a life span of more than five years. But the problem is that the care path is very long: first you have to make an appointment with a sleep doctor, then you go to a dental surgeon to have impressions made and then an orthosis is made. All this can take months and public healthcare doesn’t fully covert custom-made devices except for severe patients. So non-severe patients end up paying an average of 800 euros per year per patient in France. This is still an impediment for many people.

MedicalExpo e-Magazine: How do your orthoses really make a difference?

Thibault Vincent: Our Oniris mandibular advancement devices are thermoformable, which means that you don’t have to go to the dental surgeon to have impressions taken and then wait for weeks for the custom-made MAD to be made. The device is made so that the patient can do everything at home. The MAD consists of two splints, one that is placed on the upper teeth and the other on the lower teeth. These two splints are connected by rods that allow the lower jaw to move forward to prevent the tongue from tilting backwards and blocking the upper airway. The lower jaw can be advanced by 1, 2 or 3 mm (up to 11mm) depending on the patient’s symptoms. Once the correct advancement is found, sleep apnea stops almost immediately.

To take impressions, both mouthpieces are immersed in boiling water for two minutes, this is the time it takes for the gel to soften. At the end of the two minutes, the patient takes the mouthpiece out, puts it in his or her mouth and bites firmly on it. In two or three seconds, the material molds to the shape of the teeth under pressure. Then it has to be held in place for two minutes so that the material will finish setting. Once this is done, the impression no longer needs to be made, it is stable for at least 18 months. Then, if the patient needs to have the impression made again because he or she has had dental work done, the MAD can be put back in boiling water  to take new impression. This is much more difficult with a custom-made MAD. 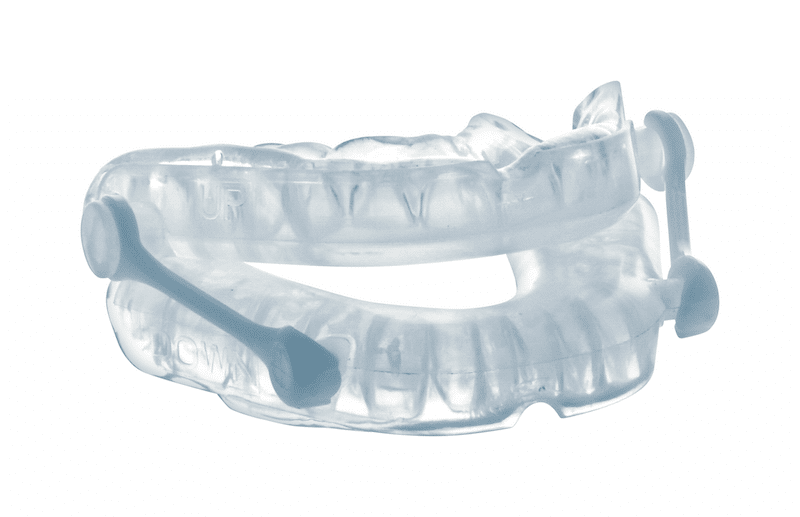 The Oniris MADs have a lifespan of two years on average and they cost about 70 euros per year per patient. For us it costs less to manufacture them because we use an industrial process.

MedicalExpo e-Magazine: Are they as effective as custom-made devices?

Thibault Vincent: The principle of thermoformed MADs came rather quickly after custom-made MADs, but until now all studies had shown that they were far from the performance of custom-made ones. We, therefore, conducted a controlled study which was published in the journal Thorax. It is the only one in the field that compares custom-made MADs and Oniris MADs. The results showed that we were on equivalent levels of effectiveness. This study has been taken up at various international congresses. With the Covid-19 pandemic, all over the world we have seen dental practices that have had to stop their activity during lockdown, they could only take emergencies. So patients could no longer have appointments to make custom-made MADs and they were left without treatment for sleep apnea. Today, Oniris MADs are also used as a solution, even if only temporarily, to have something until the situation is resolved.

MedicalExpo e-Magazine: Does sleep apnea disappear after this treatment?

Thibault Vincent: These are palliative treatments, so if you stop the use of the device, the tongue will tilt back again and the patient will have sleep apnea again. Today there is no curative treatment, except jaw surgery, but this is extremely invasive and it’s very rare.