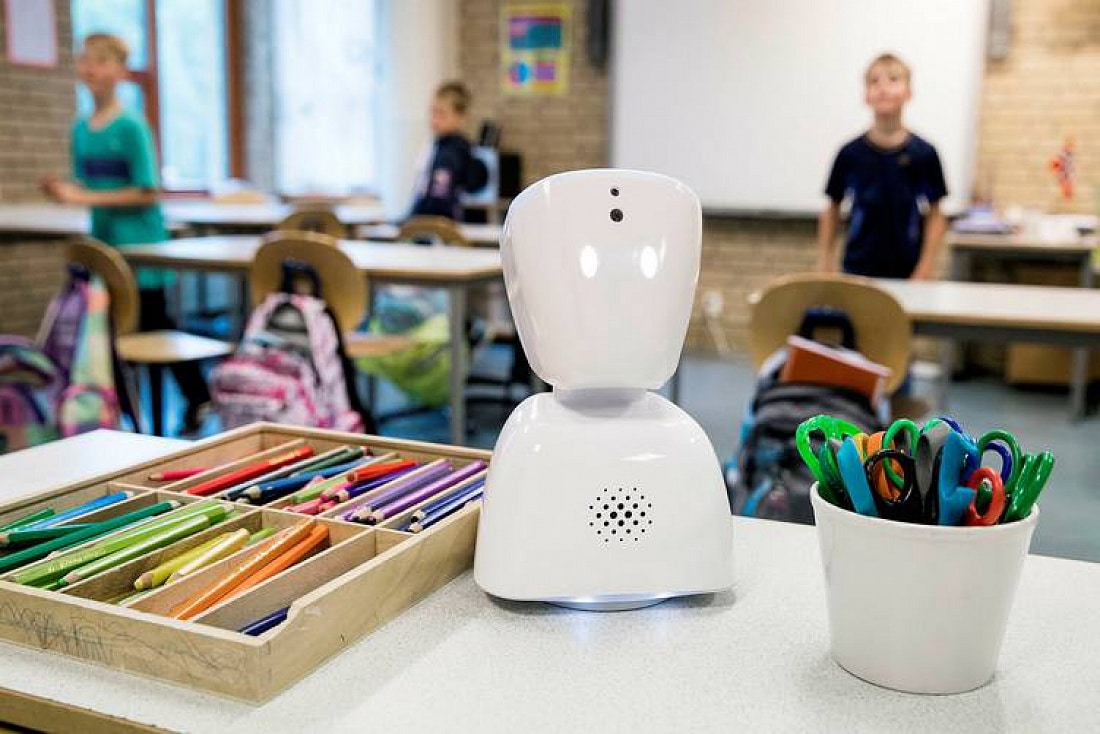 The Norwegian company No Isolation created what is believed-to-be the world’s first telepresence robot in order to overcome the forced isolation of children undergoing medical treatment.

When three young Norwegian engineers decided to put their skills together to build a company, they thought it should contribute to making “the world a little bit better with the help of technology.” Cue the idea of No Isolation: “to help vulnerable groups living in social isolation,” explained Anna Holm Heide, the company’s chief communications officer.

The engineers imagined an avatar who could sit in the classroom instead of the sick children. In August 2016, they launched their first product, AV1, “the world’s first telepresence robot.” AV1 allows children to remain socially engaged in their daily life despite their illness.

Engineers sat with children for several sessions to understand their needs and adjust their responses. “User experience is a huge part of our process,” added Heide. Children mentioned that they really missed school. So the engineers imagined an avatar who could sit in the classroom instead of the sick children.

AV1 is operated by standard tablet. With a swipe to the tablet, the robot’s head turns 360 degrees so the user can see and hear everything going on around it. The child speaks through the proxy to interact with the class, and a light indicates when the robot wants to “raise its hand.”

The device weighs 900 grams and can fit in a backpack. It comes with 4G and WiFi to allow the sick child’s friends to take it with them everywhere. It is made entirely of hard plastic. Heide said:

“I sort of wished that we had more broken robots coming back to us because that would mean that kids were bringing it around a lot. [Kids] seem to respect [the robot]. They are very responsible, they are good at picking it up and including it.” 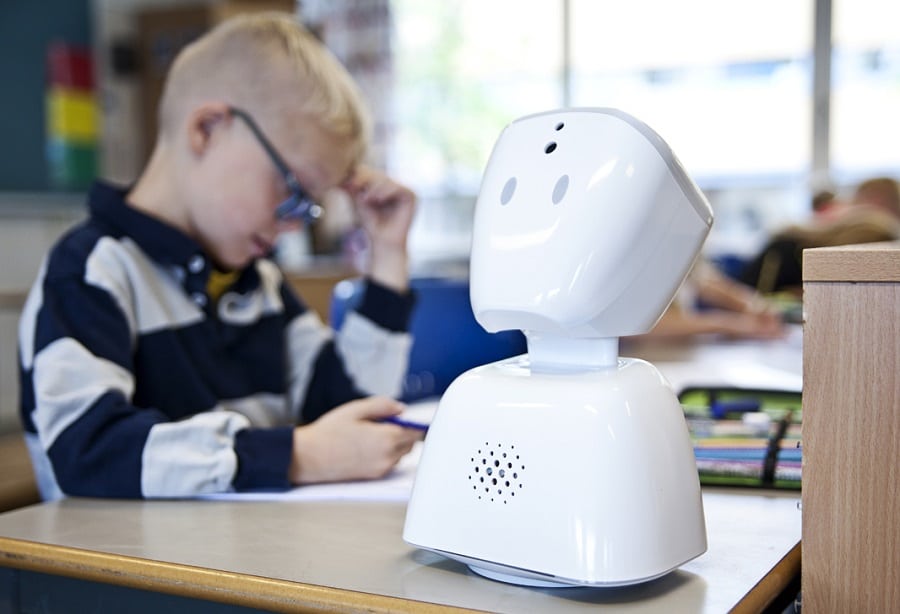 AV1 with student (Courtesy of No Isolation)

The robot allows users to have full control over something in their lives at a time when they are losing control. The target group, however, is both broad and complex. From immune system deficiency, or cerebral palsy, to chemotherapy treatments, the groups all suffer from different conditions. This is why the robot’s degree of interaction can be modified. The patient can also decide to remain passively present—he or she can let the class know by simply turning on a blue light on top of AV1’s head.

The robot was designed to fully respect the user’s privacy and safety, with live streaming and encryption on both ends. Only the children concerned have access to the activation code. And “the kids and the parents agree that only the kid will look at the screen,” added Heide.

In countries where No Isolation is present—Norway, Sweden, Denmark, the Netherlands and the UK— the machine is also available to rent. More than 350 robots are currently being used.

“Our new product is a communication tool targeting senior citizens with no technical or digital skills,” explained Heide. This tool, KOMP, was launched in December 2017. No Isolation intends to propose a new solution every year to fight isolation, each time for a different target group. They also want to become a global company and expand into North and South America. “We see that this issue is so universal,” said Heide. 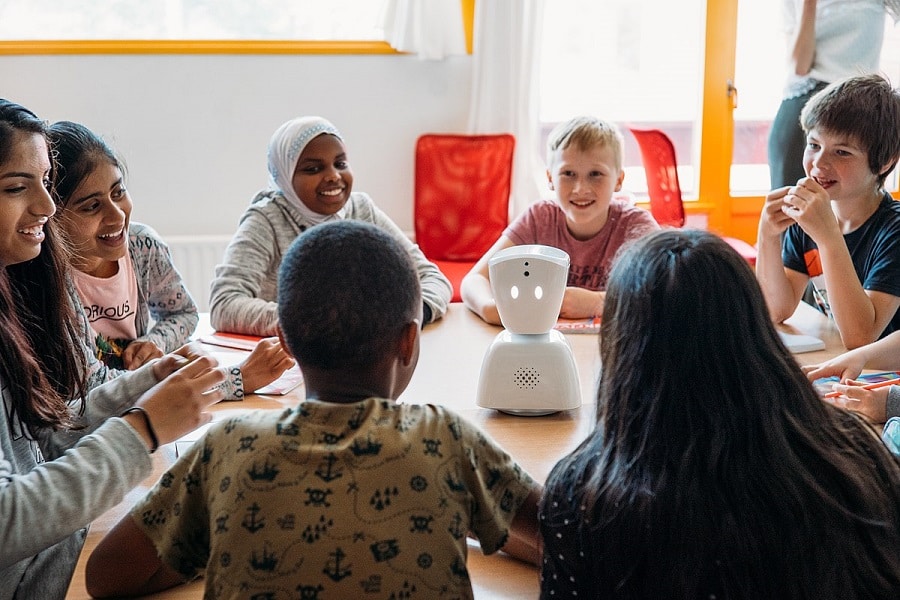 AV1 in the classroom (Courtesy of No Isolation)