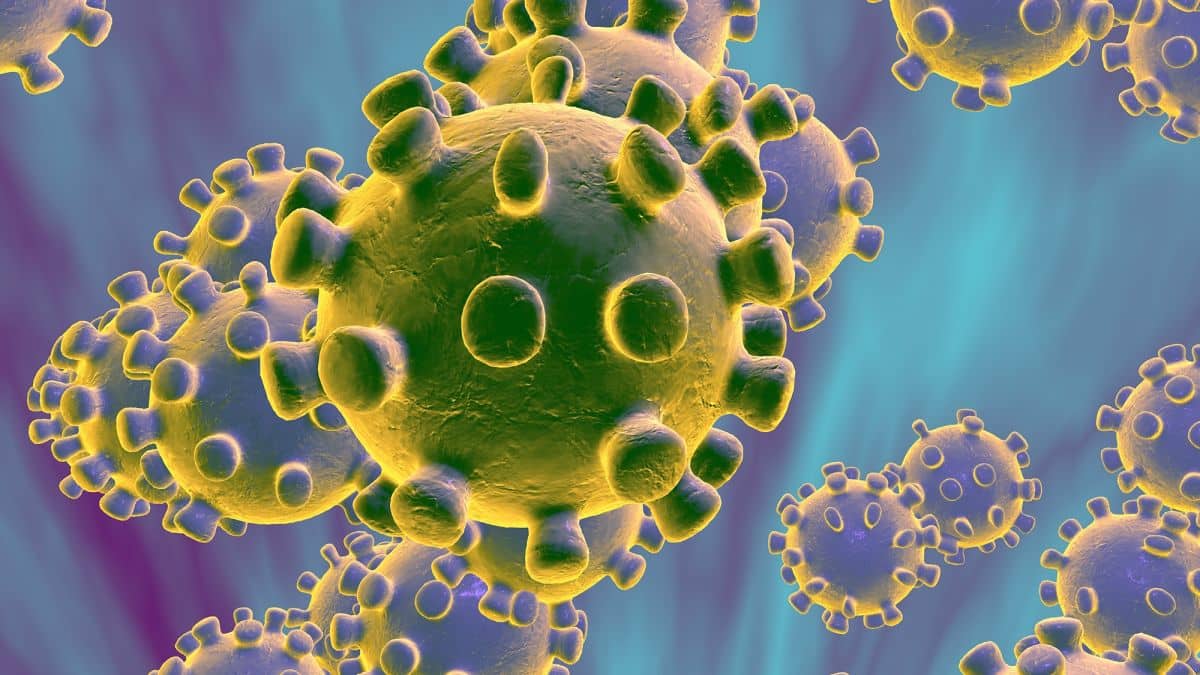 As the deadly new coronavirus continues to spread, robots are being drafted in to help treat sufferers and minimize person-to-person contact. Medical professionals in the US are using a telepresence robot equipped with a stethoscope to help take the vitals of the first person in the country to be diagnosed with the illness.

The 30-year-old man in question is currently being treated at the Providence Regional Medical Center in Everett, Washington. Doctors and nurses outside the room are using the InTouch Health robot, which is fitted with a microphone and camera, to communicate with him and minimize their exposure to the disease.

At least 900 people have died of coronavirus, with more than 20,000 confirmed cases around the world, most of them in China. Over 20 other nations, including the US, have reported cases of the illness, which causes severe acute respiratory infection. In Guangdong, China, one hospital is now using a pair of nurse robots to deliver medicine and food to patients, as well as to collect bed sheets and medical waste. Powered by AI and capable of disinfecting themselves, the self-driving, self-charging machines are also being used to reduce the risks of transmission.

For the same reason, hundreds of people quarantined in a hotel in Hangzhou, China who are suspected to have the virus, are being served food by a robot. It is also being reported that disinfection robots, using autonomous navigation technology, are being employed to sanitize surfaces and air space in six hospitals in Wuhan, the Chinese city at the epicenter of the outbreak. 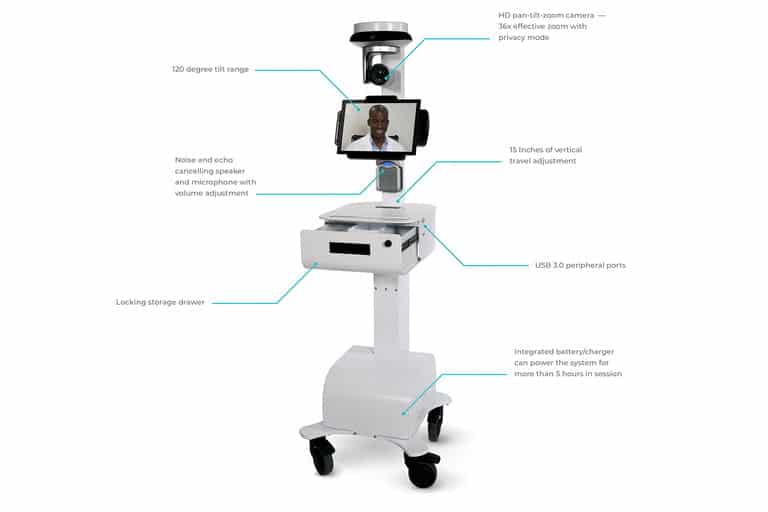 Robots used for other roles in healthcare currently include surgical robots, logistical robots, exoskeleton robots for rehabilitation and robotic prosthetic limbs. But Dr Birgit Graf, manager of the Domestic and Personal Robotics Group at Fraunhofer IPA, said most healthcare robots are employed in logistics. She said:

“Robots being able to manage much more complex tasks in healthcare is still some way in the future. This is because of the technology required for autonomous navigation within a hospital setting, where you have staff, patients, beds and other equipment to navigate around. Most of the robots we see in these places, such as the telepresence robots, are remote-controlled. They are there to work with staff but not completely replace them.” 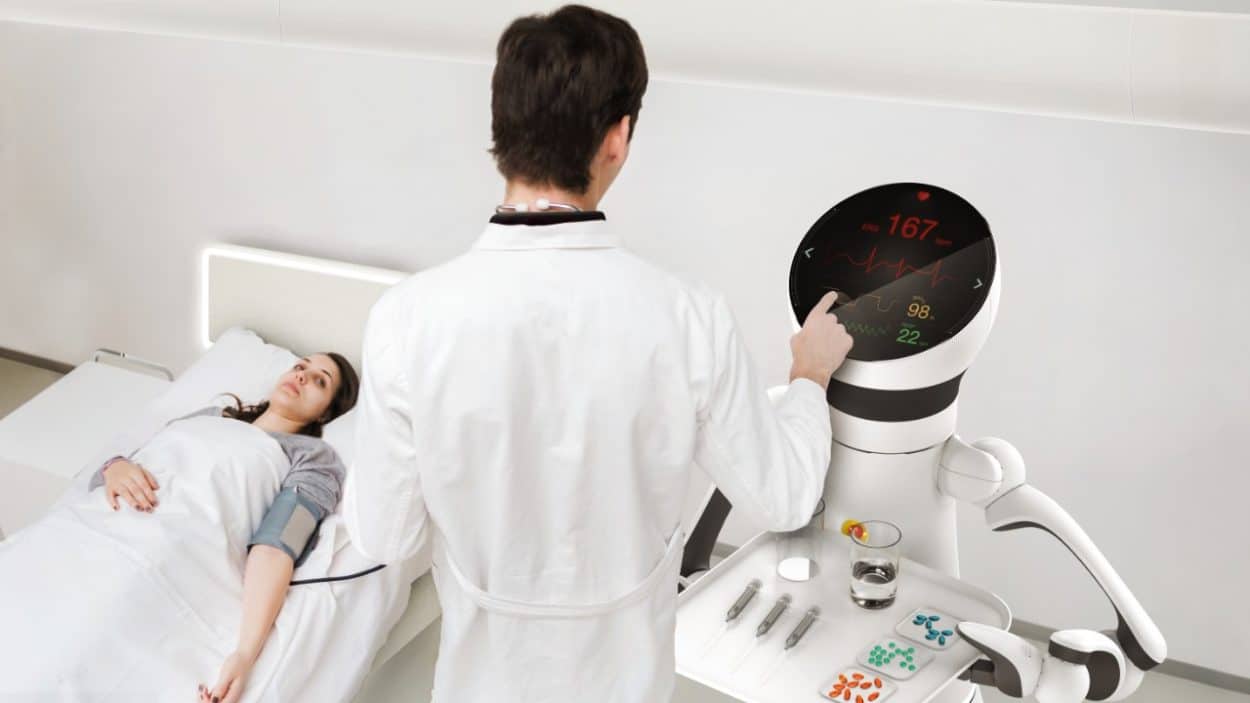 Fraunhofer IPA has itself developed robots for use in hospitals and nursing homes. The Care-O-bot 4, for example, which can move effortlessly and communicate by voice, touch screen, gesture or facial expression, can assist patients and visitors, guiding them to treatment rooms and wards.

There is also an intelligent care cart, which can transport and register consumption of medical supplies, and a robotic service assistant designed to serve drinks and snacks to patients.

Jeff Mills is chief operating officer of Telepresence Robots, which offers the InTouch Vita for healthcare use. The InTouch Vita can be navigated to a patient’s bedside by doctors working remotely and, as in the case of the Providence Regional Medical Center, the smartphone-controlled roving robot has a camera, screen, speakers and microphones. Mills said:

“Robots like this enable medical professionals to have a remote presence and to feel like they are actually there with the patient. This not only frees up the doctors’ and specialists’ time, but it can be ideal in a situation where someone needs to be in quarantine. Not only can staff communicate through the robot but friends and family can as well. We are definitely going to see robots used more often in situations like this in the future. As a company, we are seeing increasing interest from healthcare providers.”