Home » Control at the Blink of an Eye

Control at the Blink of an Eye 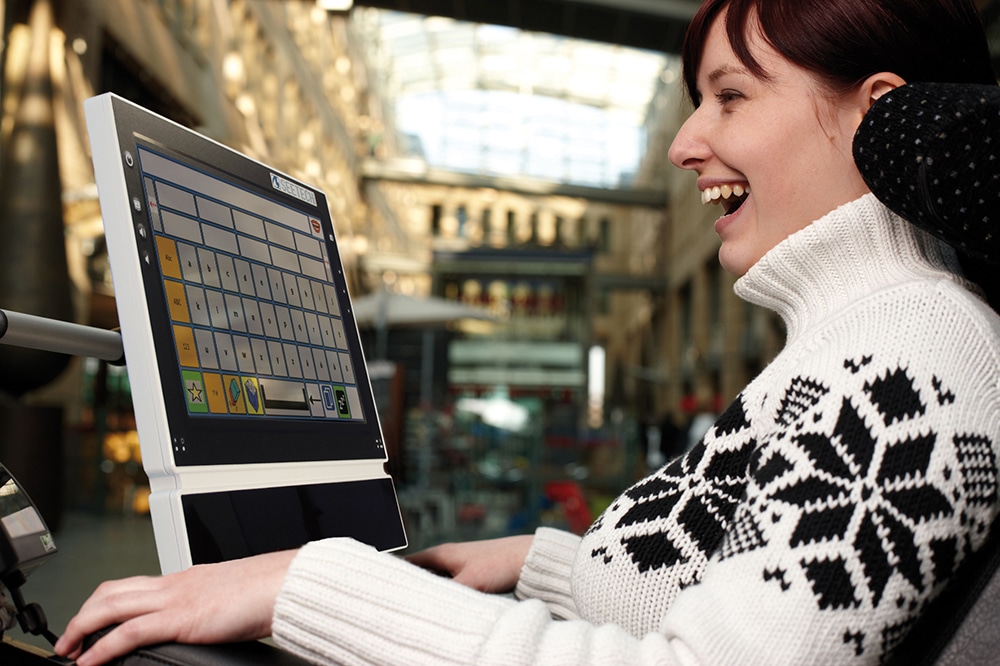 Accessing the internet, opening doors and windows, even moving a wheelchair, Seetech Eye Control is bringing independence through ocular communication.

Germany-based Humanelektronik developed the product after realizing there was a need for a low-cost, computer-based tool, explained Marketing Manager Ina Siemer. “It is aimed at people with ALS (Amyotrophic Lateral Sclerosis), MS (Multiple Sclerosis), muscle weakness, locked-in syndrome, severe paraplegia and severe spasticity—any condition where the eyes might be the only thing that is moving,” she said.

“When we first started looking at it, existing available products were very expensive and at times not that precise. They could use AAC (Augmentative and Alternative Communication) software but not Windows, for example. We decided to put something together which accessed components, such as computer cameras and infrared lamps, but with software we developed fully ourselves at the heart of the device.”

Humanelektronik develops and markets a range of adaptive and assistive technologies. These include AAC products, environmental and wheelchair controls, assistance devices and workplace configuration products, as well as gaze systems.

Seetech Eye Control is a modular concept, which remains low cost by building on standard components that are already on the market. Siemer explained:

“The device has two infrared lamps and a camera. The infrared lamps cast light on the pupil and this causes a reflection, which is captured by the built-in camera; the software then converts the eye movement into a mouse movement.” 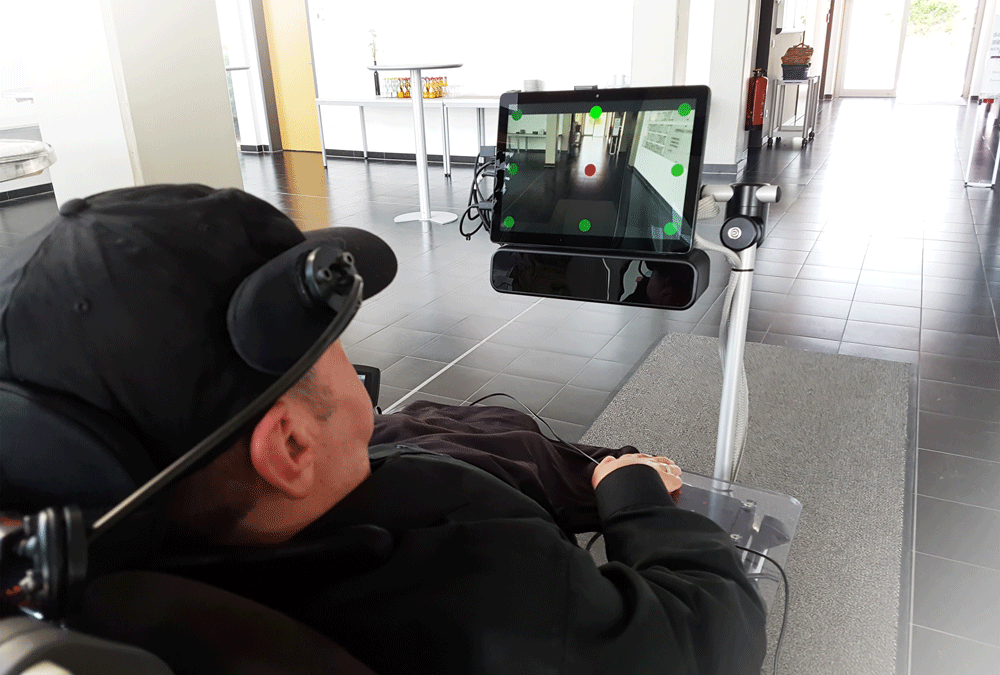 Users look at a keyboard on a screen and “click” on letters by gazing at them. To perform another function, such as a double click, they look outside the screen and a menu pops up. Again, they select from this by positioning their gaze.

“Seetech Eye Control enables them to communicate with other people, as well as their surroundings; they can access social media, the internet, email. It also gives them environmental control: They can open or close windows, for example, or control their televisions.”

The product is being employed by people with a variety of needs, Siemer continued.

“We had one little girl who was unable to communicate before. Nobody was really sure what was going on in her head,” she said. “Then she got the eye control system and they discovered she could actually spell. She had been taking everything in before but she had not been able to get it out.”

Seetech Eye Control is continuously being enhanced. For example, Humanelektronik has recently developed a new camera which will find the eyes, even if the user has a condition where they find it hard to keep still. “We are also now steering a wheelchair with the technology,” she said. 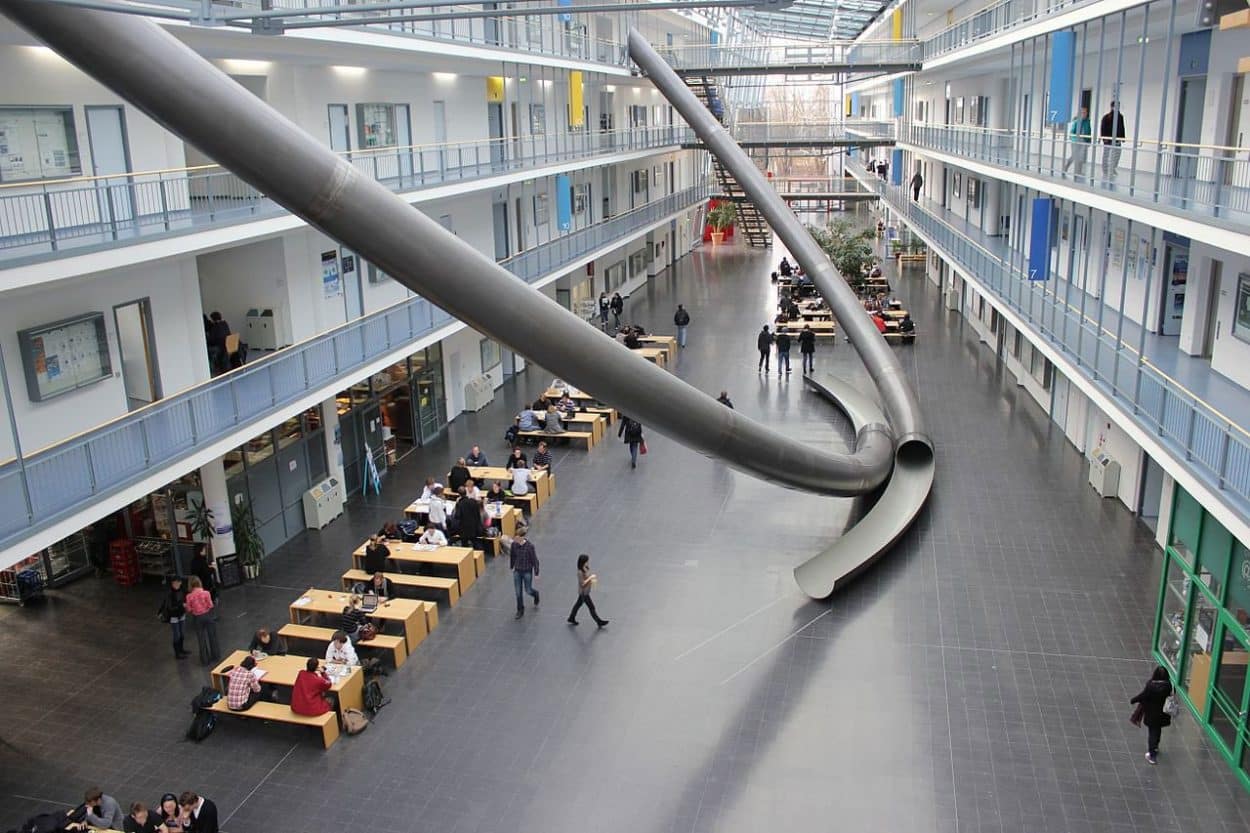 Giant slides at the Technical University of Munich (Credit: CityLab)

“The Seetech Wheelchair has a tablet on which the user can see their surroundings and the way ahead. They just have to look at the tablet in the direction in which they want to go and the wheelchair will move that way.

“We are also working with the University of Munich and a software company in Munich on a product which is more like a robotic wheelchair.”

This will be controlled by Eye Control but it will have cameras on it to help the user to avoid obstacles if they are slow at thinking. “We hope this will be ready in a few years,” Siemer added.